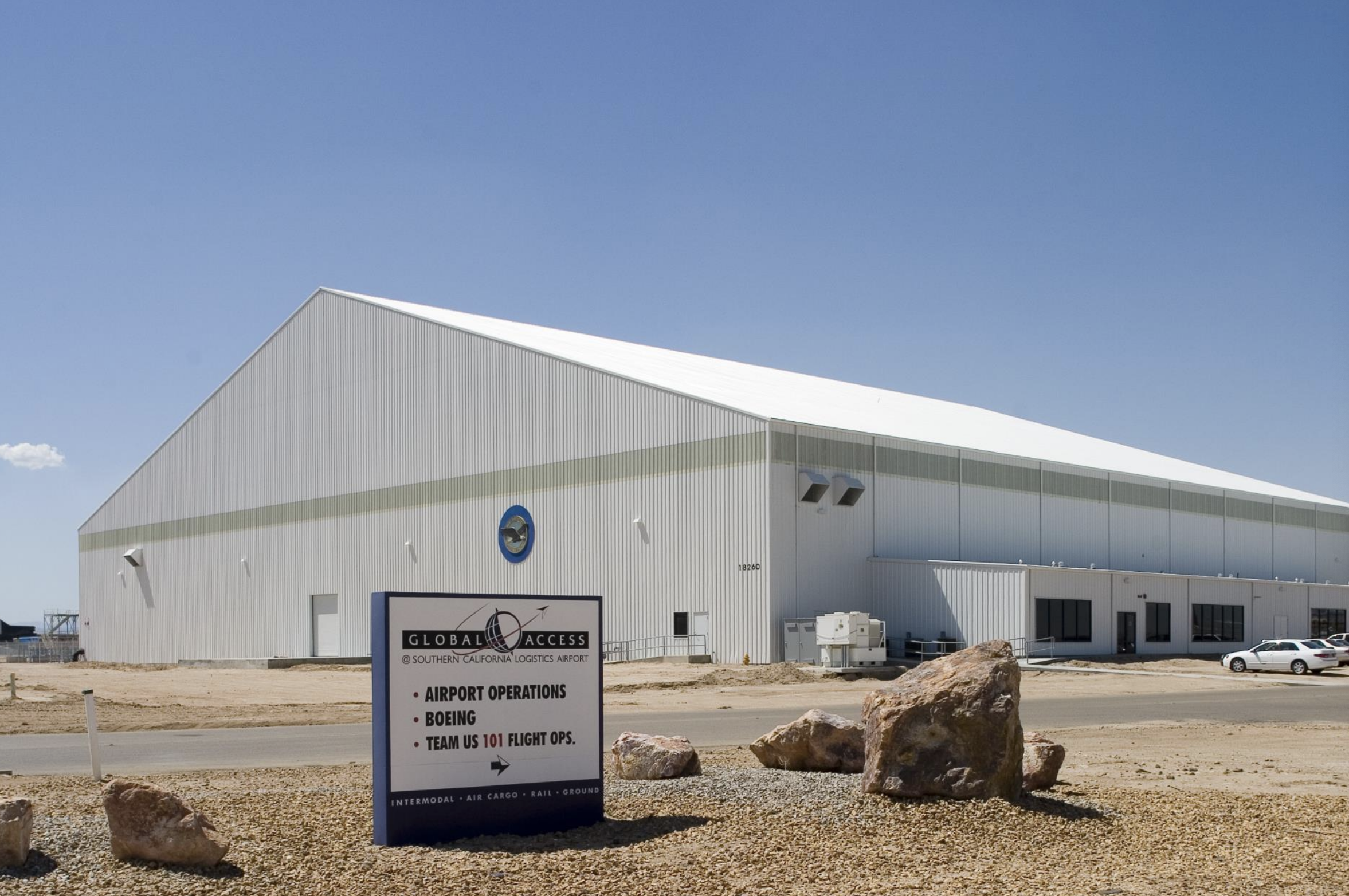 VICTORVILLE, Calif. – Today, the City of Victorville announced that it has executed a lease agreement with The Boeing Company for an additional 85,000 square feet of hangar space at the City’s Southern California Logistics Airport.

The additional space in SCLA hangar 676 will be used by The Boeing Company to expand its flight testing operation for new aircraft including the Boeing 737 Max and the yet-to-be-released, Boeing 777-X.

The Boeing Company has operated at SCLA since 2003 and began its flight testing there in 2010.

“We are proud to be a part of Boeing’s continuous growth at SCLA over the years, and we remain excited for our community to be a part of the global commercial aircraft industry,” said Victorville Mayor, Gloria Garcia.

General Atomics will use two hangars to provide aircraft mechanics training through a partnership with Victor Valley College and as an extension of the college’s Airframe and Powerplant Program already operating at SCLA.

General Atomics will use the third building for its core business functions of overhauling and upgrading remotely-piloted aircraft.

These lease agreements follow other positive announcements for SCLA.  In late November, the City of Victorville announced that all nine bonds issued by its Southern California Logistics Airport Authority (SCLAA) were current as of Dec. 1.

An improving economy and rising property values in the redevelopment project area related to SCLA are the primary reasons for the turnaround following defaults that first began in 2011.

In December, Moody Investor’s Service upgraded its rating for the SCLAA bonds.  Additionally, the City previously announced that SCLA has experienced accelerated growth in its industrial park at SCLA with 1.4 million-square-feet of industrial space added there in the last 18 months of 2018.

Victorville’s Southern California Logistics Airport is a multi-modal logistics airport uniquely positioned to cater to industrial, manufacturing, aviation aerospace companies in one location.  Located on the site of the former George Air Force Base and encompassing 2,200 acres, SCLA is situated in the northwest corner of Victorville, just 90 miles northeast of Los Angeles.

Pedestrian dies after being struck by train in Victorville