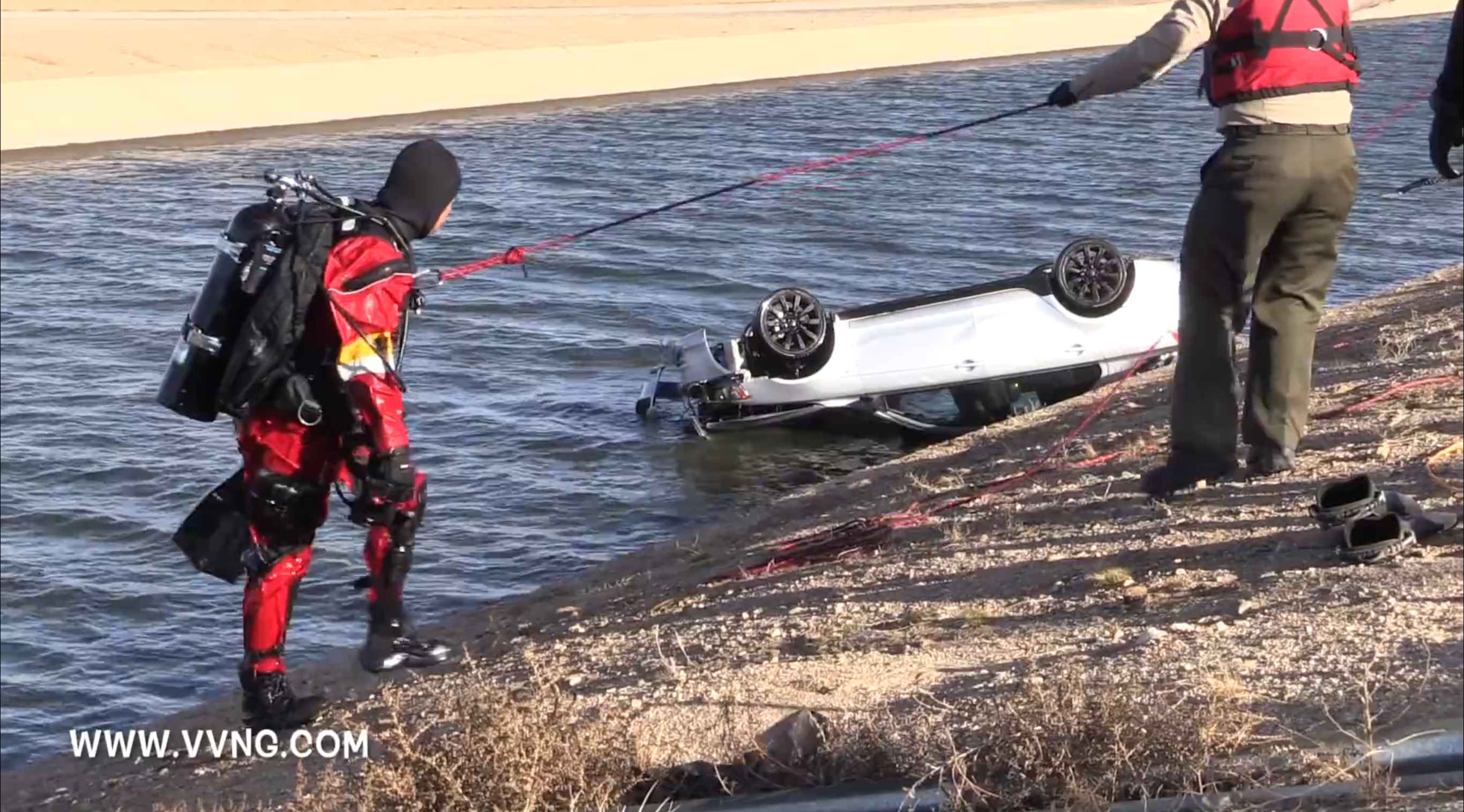 HESPERIA, CALIFORNIA (VVNG.com): A young man’s body was located on the eve of Christmas, Thursday December 24, 2015 in the California aqueduct within Hesperia city limits.

A day before the body was located, Sheriff dispatch received an emergency call stating a man crashed his vehicle, a silver sedan, into the aqueduct after his vehicle left the northbound lanes of Highway 395, broke through a fence and plunged into the swift waters of the aqueduct.

The initial accident was reported on Wednesday December 23, at approximately 12:25 P.M. Witnesses reported that a young man exited the submerged vehicle and was shouting for help stating he couldn’t swim. A person who stopped at the scene monitored the victim, but the victim disappeared under the fast-moving currents of the frigid waters.

“When I saw him pop up out of the water he said, Help, I can’t swim! I followed him trying to get other people’s attention to come help. He floated for like a 1/2 a mile then he just went down and didn’t see him any more,” said Oscar Piceno.

A dive team was quickly assembled, along with several CHP, San Bernardino County Sheriff’s, and several other resources were used to conduct a search of the man. The search was initially called off just after 4 P.M. Wednesday after the sun began to dissipate, but resumed promptly on Thursday morning.

On December 24, 2015, at 7:41 A.M., the search was continued. During the search, the body of a Hispanic male, Brandon Figueroa, a 20-year-old resident of Adelanto was recovered at 12:47 P.M., according to the San Bernardino County Coroners.

It is unclear at this time if the victim was the only occupant of the vehicle.

Information will continue to be provided as it becomes available.

Search to Resume Thursday For Driver Who Disappeared in Aqueduct