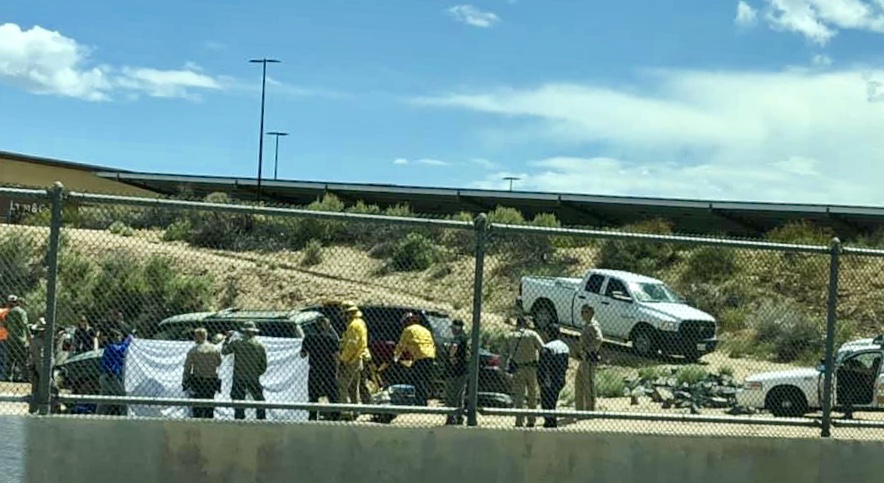 HESPERIA, Calif. (VVNG.com) — Coroner officials identified the man whose body was found inside an SUV submerged in the California Aqueduct as John Masin, 36, a resident of Newbury Park.

It happened on Wednesday, May 28, 2019, at 1:06 PM, when a vehicle was reported in the water at the Main Street overcrossing in Hesperia.

An employee of the California Department of Water first reported possible tire tracks near the aqueduct. Emergency personnel responded and found a portion of the perimeter fence near Aldi’s Market.

According to a CHP news release, a license plate was recovered near the portion of fence which returned to a Missing Person vehicle, a 1997 green Ford Explorer.

The San Bernardino County Sheriff’s Dive Team entered the water and confirmed the SUV was submerged in the water. For several hours officials remained at the scene and when the SUV was brought to land, emergency personnel confirmed the death of a male inside the SUV.

A woman named Rachael Samantha commented on a news article about the incident and said the deceased man was her fiance. “I reported him missing on Saturday and was actually able to track his last location before his phone was shut off. It was eerily close to the aqueduct and didn’t sit right with me,” she stated.

Authorities have not provided any information on when the vehicle crashed into the waters or a possible motive.

The California Highway Patrol Victorville station is investigating the incident.

Barstow High School class of 2019 prepare for the big day