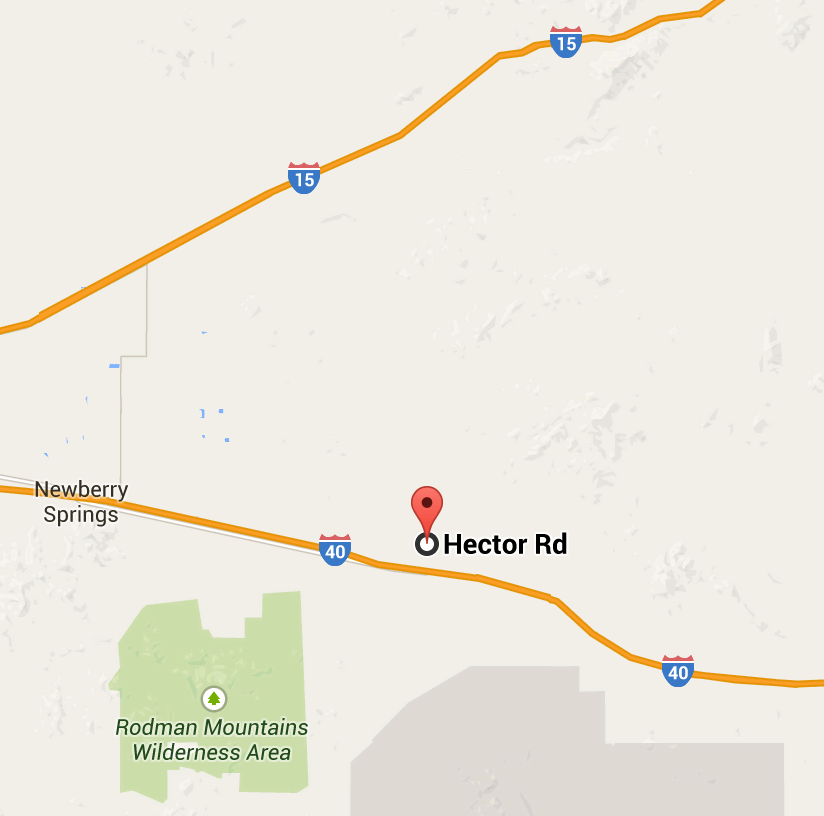 NEWBERRY SPRINGS: Dispatch received a call sometime after 7:00 p.m., on Monday reporting a victim with a self-inflicted gunshot wound located on Hector Road north of the i-40.

After an extensive search the body of an unidentified female victim was located near a ditch in a pool of blood. Officers checked the female for a pulse but did not find one. A hand gun was also located near the body.

According to scanner traffic, a reporting party lead first responders to where the general area of where victim was located. A sheriff’s helicopter was requested to assist in the search of the desert. It took several hours for police to locate the victim.

At this time police feel the victim’s death is considered suspicious and have not ruled suicide to be the cause of death. The victims identity will be released pending notification of next of kin.