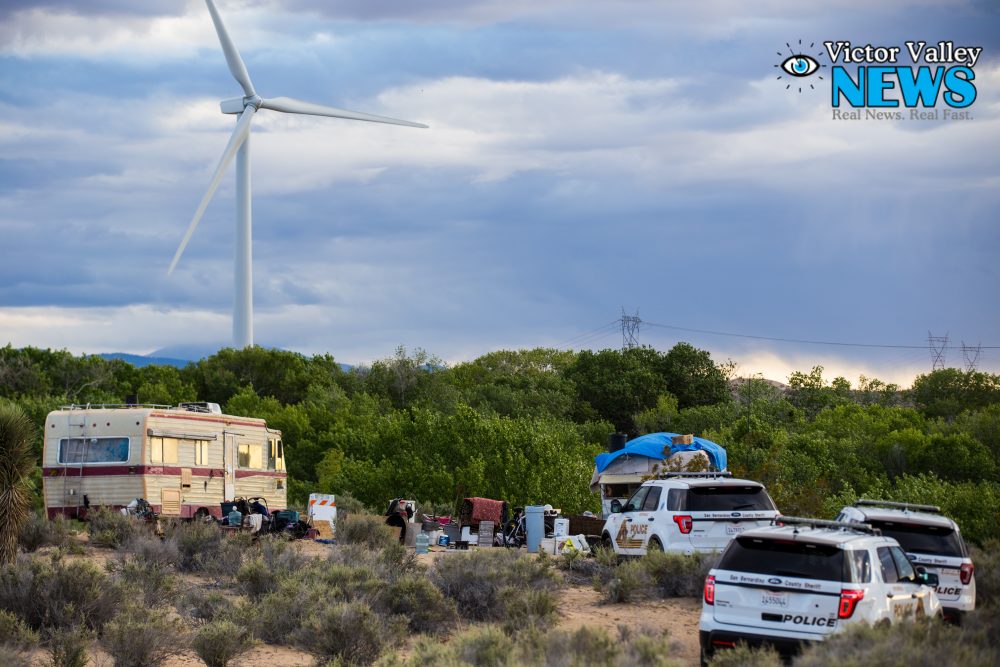 VICTORVILLE-(VVNG.com):  The body of a 47-year-old male “parolee at large” was found in the area of Stoddard Wells Road and Dante Street Saturday evening Sheriff Officials said.

The body of the deceased man, whose last known address was in Victorville according to Victorville Station Spokeswoman, Mara Rodriguez, was located near the Riverbed by transients.

The transients were in the area searching for the man, who they had not seen in three days. When they located the deceased man he was lying face down in the riverbed.

Rodriguez told Victor Valley News that the Coroner responded to the scene and did not find anything suspicious.

The cause of death will be determined by the San Bernardino County Coroner. The identity of the deceased man will be released pending notification of next of kin.