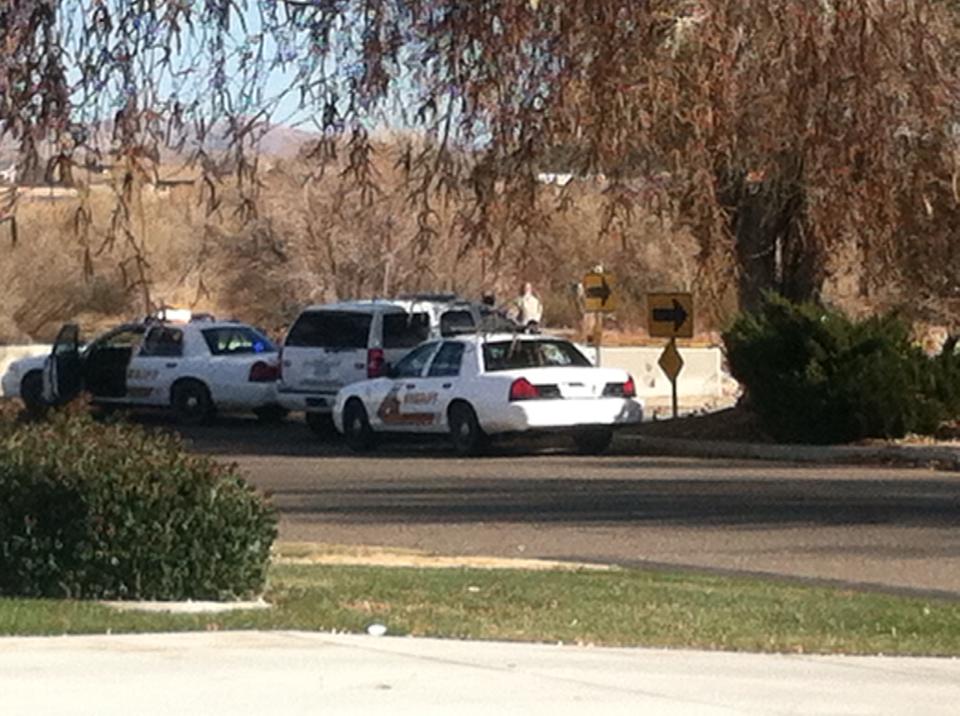 UPDATE: 12/12- The victims identity has not been confirmed or released by officials from the coroners department. Police have confirmed the victim died from a self inflicted gunshot and are calling this a suicide. His body was discovered by a man walking his dog in the area. No other details regarding the incident have been released.
————————————-
Victorville: People living in a quiet neighborhood located in a master planned community within the city of Victorville woke up to police activity and a taped off crime scene.  A dead body was reportedly found in Spring Valley Lake on December 10, 2013 in the area of Fortuna & Yates.

Not many details have been released about the incident including, gender, name or how the body was discovered. Also unclear is whether the deceased person died of natural causes or if foul play is suspected.

The Victor Valley has seen freezing temperatures over the last few days leading to speculation the body might be of a transient man often seen walking in the area.  At this time the identity and cause of death remain under investigation. As a precaution investigators are required to tape off the area and treat the situation as a crime scene.