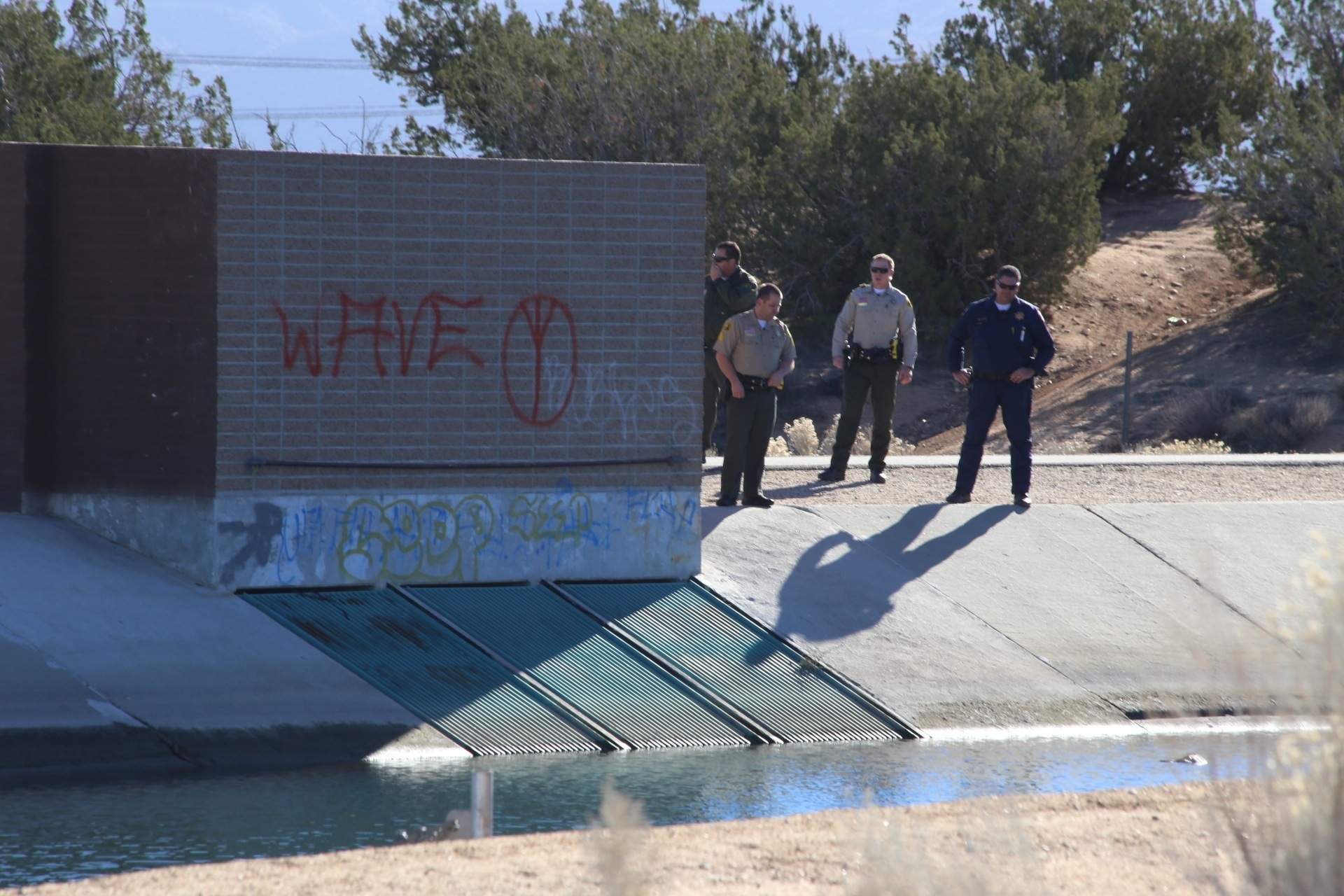 HESPERIA: A body was discovered in the CA aqueduct near Ranchero road just passed the Hesperia airport.  The body was reported by a person in the area around 8:45 a.m., on Sunday. The area is very well-known by mountain bikers and hikers that travel along side the aqueduct.

According to a mountain biker in the area the body could be seen facedown floating stationary in the aqueduct, the subject appeared to be a male with short black hair.

It’s suspected that the body may be linked to an earlier traffic accident that occurred on December 23, 2013 where a Suburban was pulled from the aqueduct and the driver Ruben Hubacek, 47, was never located. (Car in Aqueduct Linked to Missing Man).

Immediately following that prior accident family members took to social media to state the reported missing man suffered from a heart condition and had not been heard since.

San Bernardino Sheriffs helicopter (40-king) has been performing routine fly overs daily in the area of the CA aqueduct searching for the reported missing man.

“The water in the aqueduct flows down from Ranchero. Near the airport is where the aqueduct is piped underground. It is underground for a couple miles or so and then comes back above ground. I believe the nearest street that last crosses the aqueduct is Jenny St., shared VVNG member Courtney Mcburney.

A dive team has been called out to the incident to retrieve the body. Official identification of the victim will be released once confirmed by coroners.

Please check back later for more details as they become available.