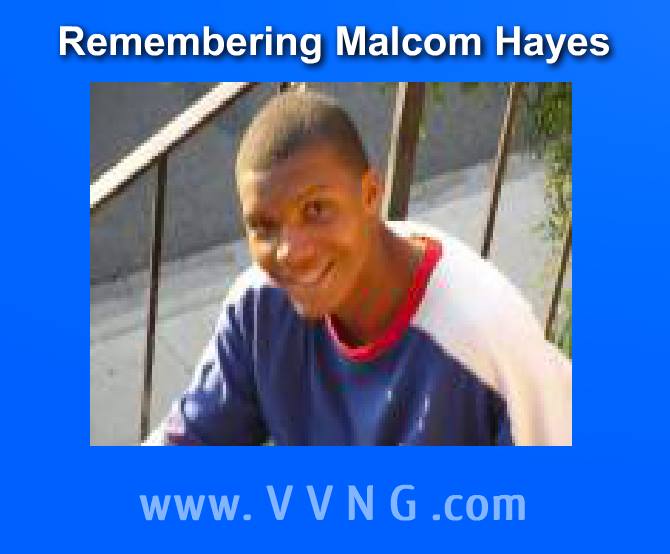 HESPERIA: Malcolm Hayes, 22 was found deceased in the restroom at Hesperia’s Malibu Park in the early morning of Monday, April 28th.  A park employee discovered the lifeless body of young Malcolm whose death was apparently caused by suicide. Unconfirmed reports state this apparent suicide was done by hanging himself.

When asked about Malcolm Hayes he was described as a free spirit, a great artist, a loving brother to his four younger siblings, outgoing , kind-hearted and someone who was willing to help anyone in need. Malcolm Hayes was a son, brother, grandson, nephew and friend who will be missed by many.

Malcolm was raised in both Los Angeles and Victorville but was currently residing in Hesperia.  His death by apparent suicide is a shock to the family since Malcolm had no history of mental illness or substance abuse problems that they were aware of.

When speaking with Rosemary Peters, Malcolm’s aunt, she stated, ”He seemed happy, his death was really a shock to us all.  We are waiting on the autopsy to see if there might be more information to help us figure out what happened”.  The family is in need of help with the funeral expenses and is requesting the help of the community.

Funeral services for Malcolm Hayes will set to be held at Inglewood Mortuary at 3801 W. Manchester Blvd, Inglewood CA 90305.  Anyone that would like to send funds directly to the mortuary can do so.  His family asked that if any donations are sent in directly to the mortuary that they please send his mother confirmation numbers including the amount donated to: kiser.hayes@yahoo.com so that they can account for any funds that are received.

Anyone that wish to send funds directly to the family for his burial and services can send them to his mother or grandmother at the following address’:  858 W. 82nd St Los Angeles CA 90044 or 16286 Northwood Dr Victorville CA 92394.

There will be a candlelight vigil in remembrance of Malcolm and his life on Sunday May 4, 2014 at 5pm at Malibu Park.