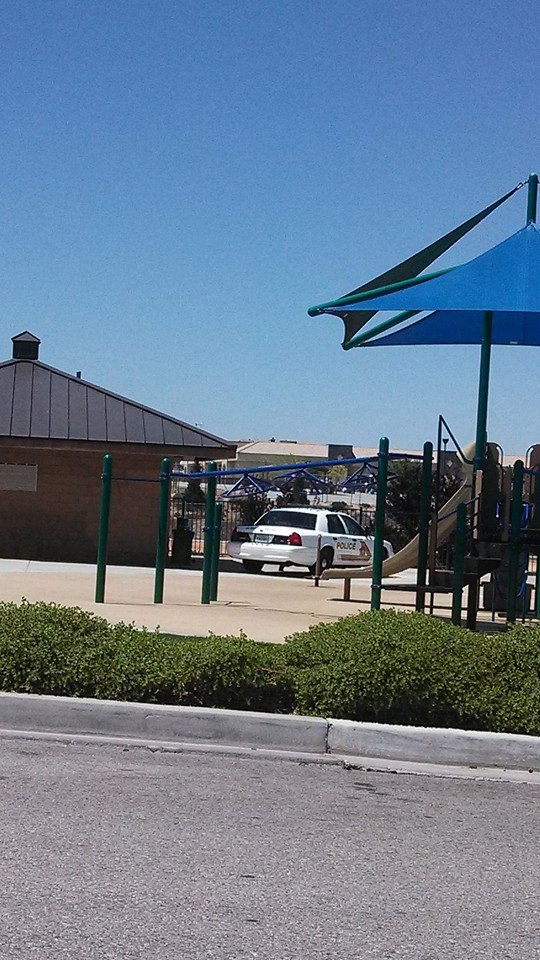 HESPERIA: A body was found inside of a public restroom located at Malibu Park early Monday morning. The body was reportedly discovered by employees from the Hesperia Recreation and Park District, prompting them to issue the following statement via FaceBook:

The District was saddened to learn that a 22 year old male decided to take his life in one of our restroom facilities. Our thoughts go out to the family of this young man during this difficult time.

Malibu Park is connected to Mission Crest elementary School located near the intersection of Muscatel Street and Escondido Avenue in Hesperia.
A statement was also issued by Hesperia Unified School District:

The police activity near Mission Crest elementary school this afternoon is in no way connected to any student issues. It is unfortunate that the activities are at the park near school property, but your children remain safe and unharmed.

According to San Bernardino Sheriff’s officials “no foul play is suspected”. Unconfirmed sources state the unidentified male committed suicide by allegedly hanging himself. The descendants identity will be released pending notification of next of kin.

An investigation is currently underway and no further details are available at this time. Anyone with information is urged to contact Hesperia police at (760)947-1500.

To follow this post and for more late breaking news be sure to join “VVNG” with over 33,800 members.