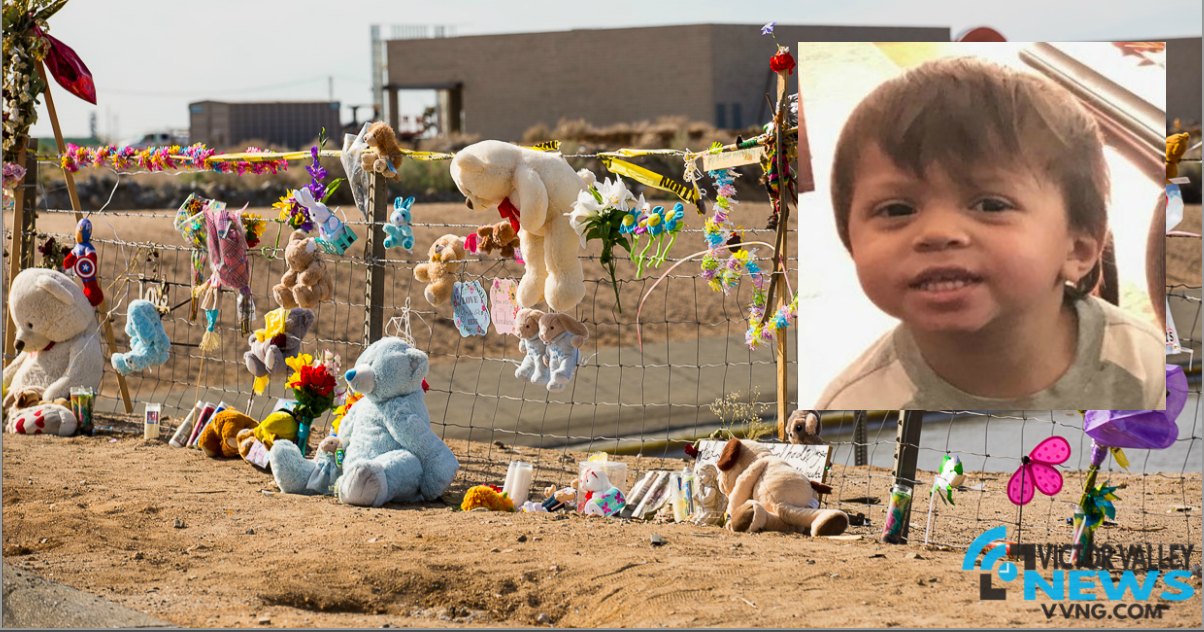 HESPERIA, Calif. (VVNG.com) 2-year-old Baby Noah’s body has been recovered after missing for two weeks as a result of the March 2nd crash that claimed the life of his mother and brother.

Authorities are on scene at Farmington Street and the Aqueduct where the baby was located near a pumping station.

No further information was made available as officials remained tight-lipped about the incident.

A member of the family’s facebook group has confirmed the finding and said the Coroner’s notified them this afternoon.

Boyfriend Arrested For Murder After Running Over and Beating Girlfriend