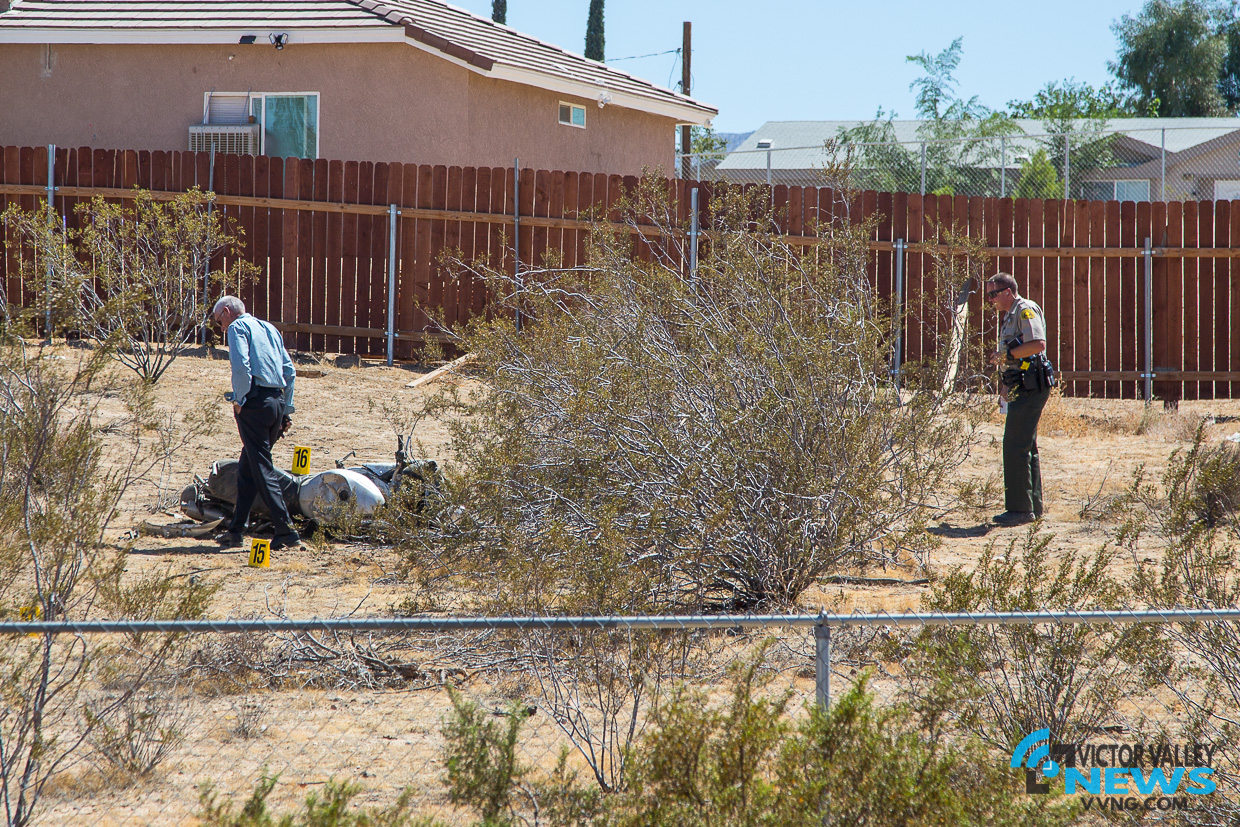 HESPERIA, Calif. (VVNG.com) — The body of a man and his motorcycle were discovered Thursday afternoon possibly hours after he crashed and landed in the backyard of a home.

Investigators believe the crash may have occurred in the early morning hours of Thursday, September 6, and was discovered by a person passing by at about 12:01 p.m. this afternoon.

Sgt. Doug Hubbard of the Hesperia Sheriff’s Station said the rider appeared to have been riding at a high rate of speed south on Peach Avenue.

For reasons unknown, he left the roadway and struck a small pile of dirt, which caused him and the bike to become airborne over a wash area and a chain-linked fence before landing in the backyard of a home on Peach Avenue and Atlantic Street.

The bike is described as a Suzuki Bandit 1200 S. The identity of the man is not yet known. 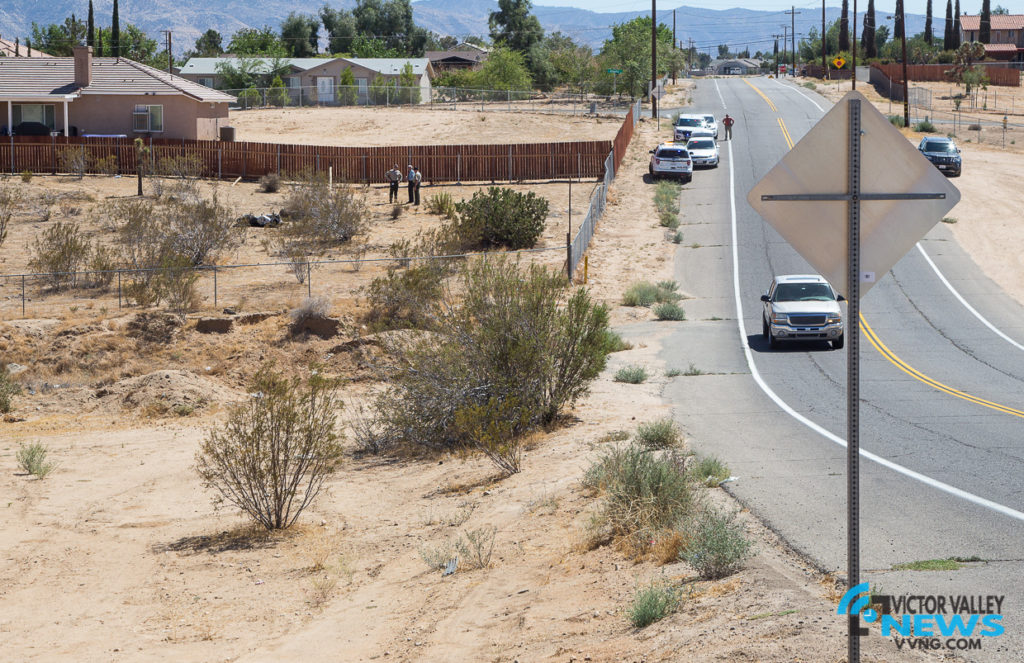