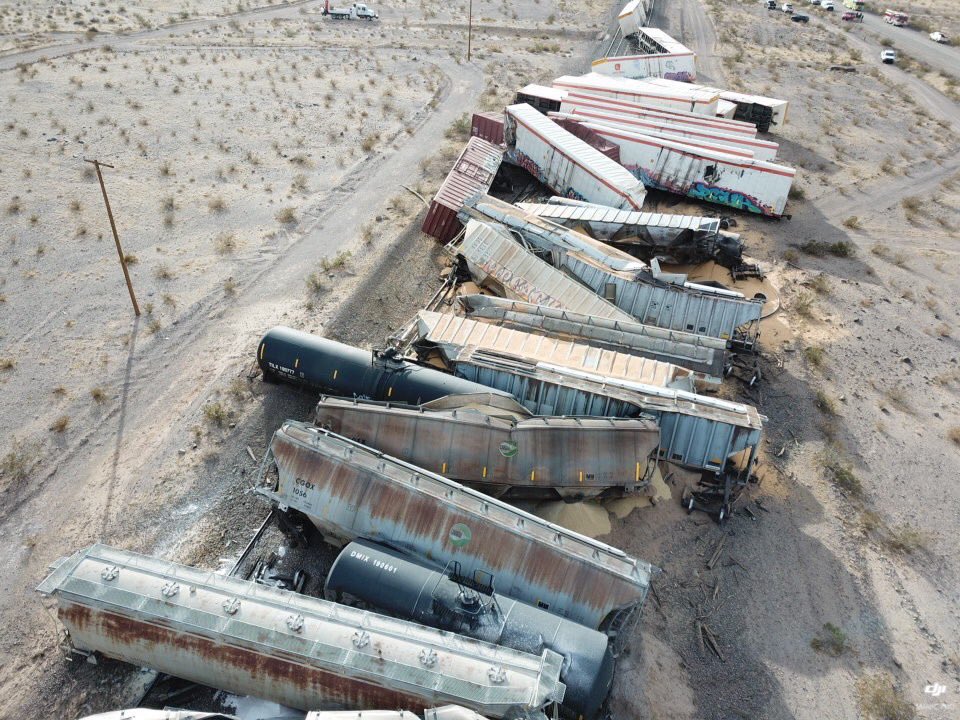 It happened on March 3, 2021, at about 1:00 PM, half a mile east of Ludlow near National Trails Highway. County Fire officials said an estimated 25-35 railcars derailed, some carrying hazardous materials.

The scene was quickly accessed, and Haz-Mat personnel found one round tank car leaking a flammable liquid known as denatured alcohol (similar to ethanol).

SBCoFire and BNSF Haz-Mat were able to enter the tank car and mitigate the hazard. Overall it is estimated that several thousand gallons had leaked from the unit.

About a 2 mile stretch of National Trails Highway near Ludlow remains closed and there was no impact to nearby I-40.

San Bernardino County Fire and BNSF remain on scene to ensure no other leaks and oversee the extensive clean-up process. No injuries were reported and the cause is under investigation.