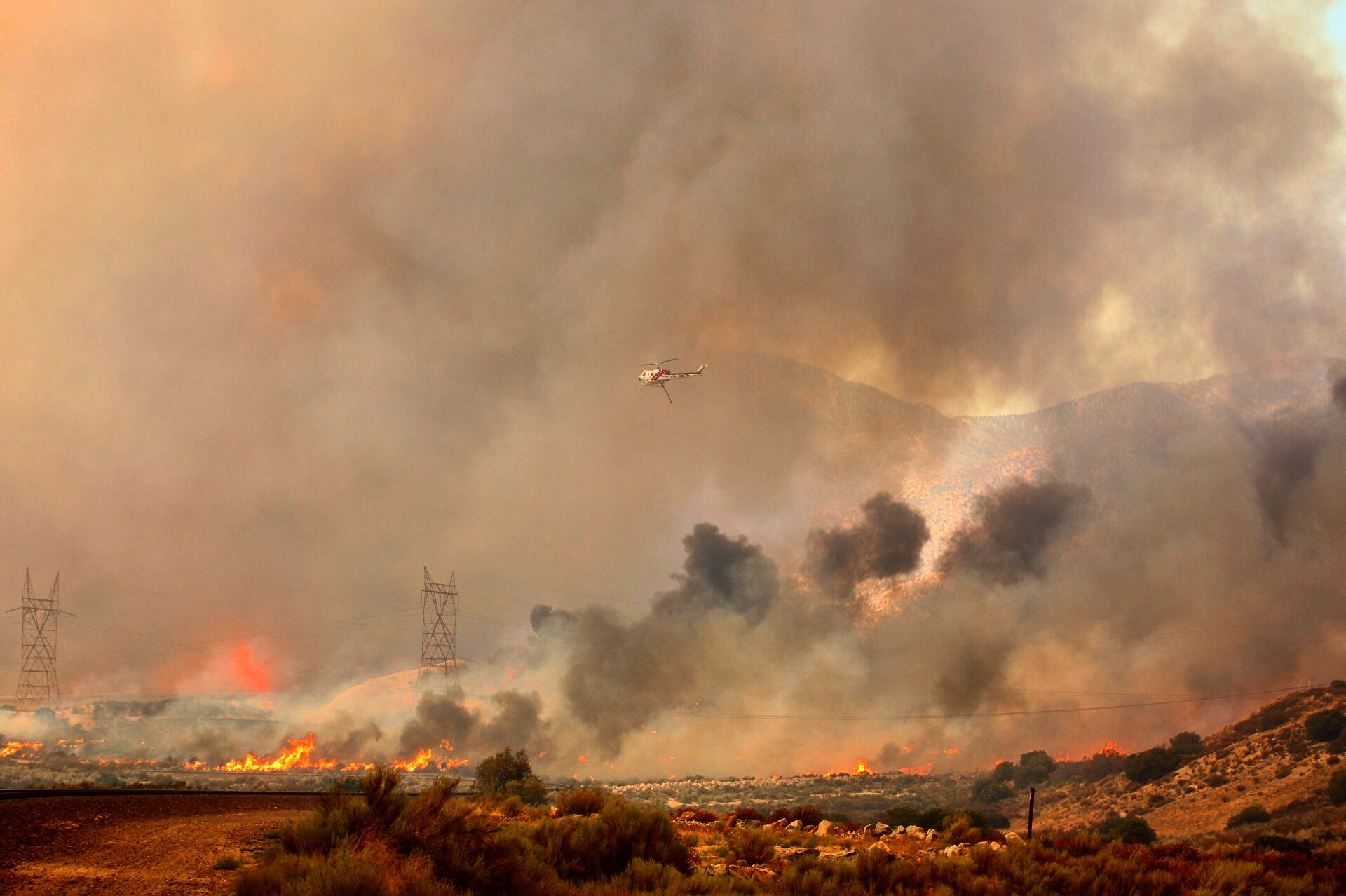 OAK HILLS, Calif: (VVNG.com)- The Blue Cut Fire has chewed through 46 square miles in less than 24 hours, and erupted to 30,000 acres with 0% containment.

Today’s weather will be hot and dry with very low humidity. A Red flag warning remains in effect for the next several days.

During a press conference held Wednesday morning, Incident Commander Mike Wakoski said, “in my 40 years of fighting fire I’ve never seen fire behavior so extreme as it was yesterday.”

“A lot of homes were lost yesterday, there will be a lot of families that come home to nothing,” said San Bernardino County Fire Chief Mark Hartwig. “If there is a bright side, a silver lining there are some homes that were saved. The hard brave work of men and women firefighters yesterday put themselves in harm’s way to evacuate and protect structures.”

Nearly 35,000 homes have been evacuated, including 80,000 plus residents. Mandatory evacuations now include Phelan/Piñon Hills so. of Phelan Road from Sheep Creek Road west to Green Road, including Desert Front Road area.

If you are asked to evacuate it’s very important you adhere what law enforcement is telling you to do and leave. “We will continue to do our very best to patrol those neighborhoods that have been evacuated,” said Sheriff John McMahon.

The 15 freeway remains closed northbound at the 15/215 interchange and southbound at Main Street and Highway 138 is also still closed.

“We have a constant assessment of the roadway conditions. There is significant damage done by the fire to guardrails and some of the power lines that are affecting traffic in the center median, said Rich Stewart with the California Highway Patrol. “We are continuing to reassess that throughout the day and hopefully, we get that open as soon as possible.”

For the latest news in real-time join our Facebook group with over 30,000 members: VICTOR VALLEY NEWS