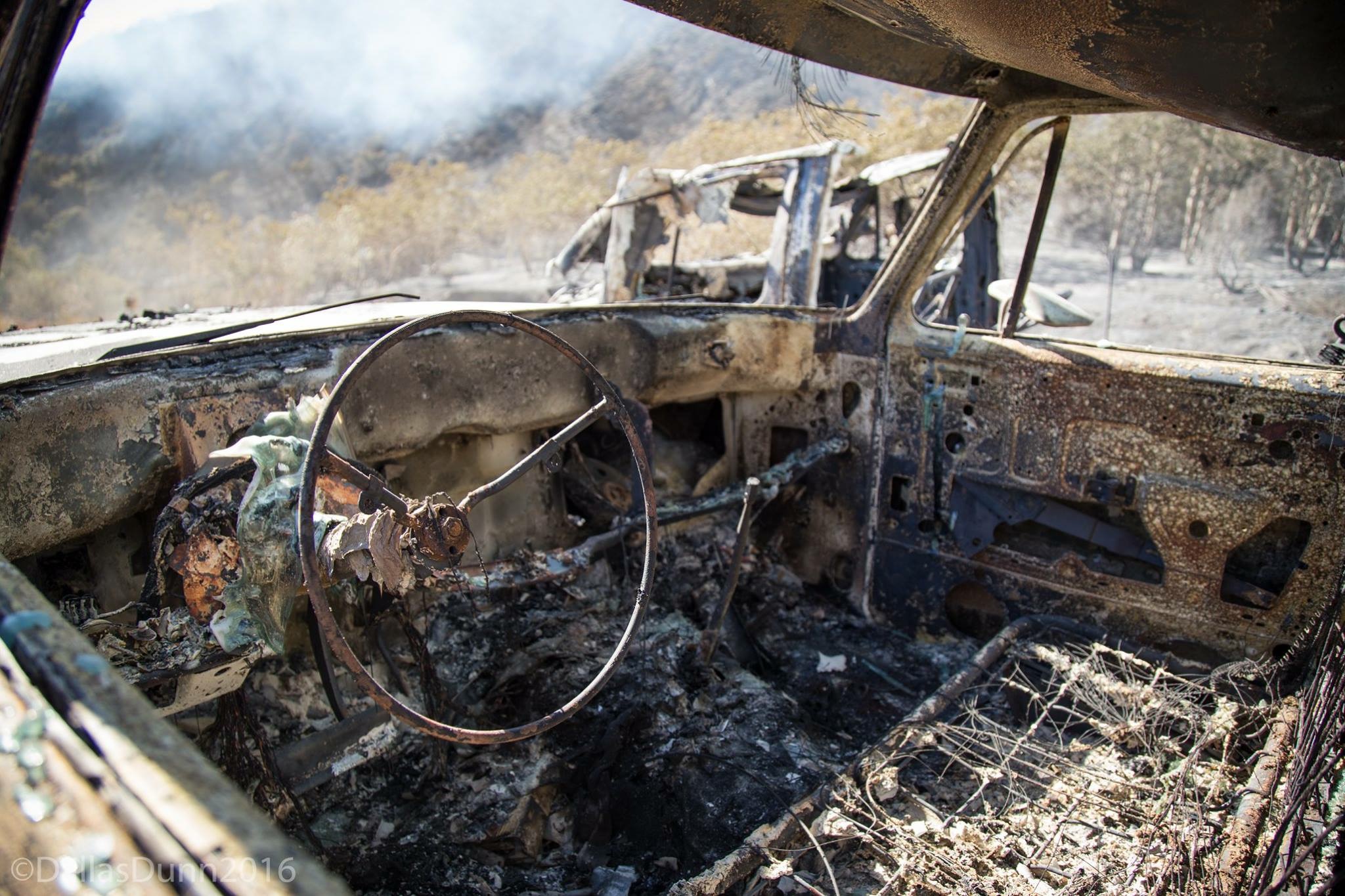 “Minimal fire behavior was observed yesterday which allowed the completion of the containment lines,” said a press release.

Crews are expected to continue monitoring and patrolling for hot spots inside of the fire perimeter and perform fire line rehabilitation. Fire suppression repair efforts, which include erosion control, are in progress and the San Bernardino National Forest has deployed a BAER (Burned Area Emergency Response) team.

Utility companies will continue to work in the fire area to replace damaged and destroyed infrastructure. Assessment and repair of rail corridor should be complete within 24 hours. Rail lines have resumed active operations.

The Blue Cut Fire started on August 16, 2016 at 10:36 AM in the Cajon Pass along Old Cajon Blvd. north of Kenwood Avenue west of Interstate 15. The fire quickly spotted across Cajon Creek and grew into a large wildland fire.

During the course of the fire fight, railroad lines, local roads, highway 138 and Interstate 15 were closed along with a large evacuation area that included Lytle Creek, Wrightwood, Summit Valley, Baldy Mesa, Phelan and Oak Hills.

The fire prompted evacuations for more than 80,000 residents. According to a prior news release 105 homes and over 200 out buildings were destroyed by the fire.

The Cause of the Fire is under investigation, however investigators need your help to determine the fire cause. If you seen anything, heard anything have photos or videos, please call We Tip 1-800-47-ARSON or submit your tip online at: https://wetip.com/