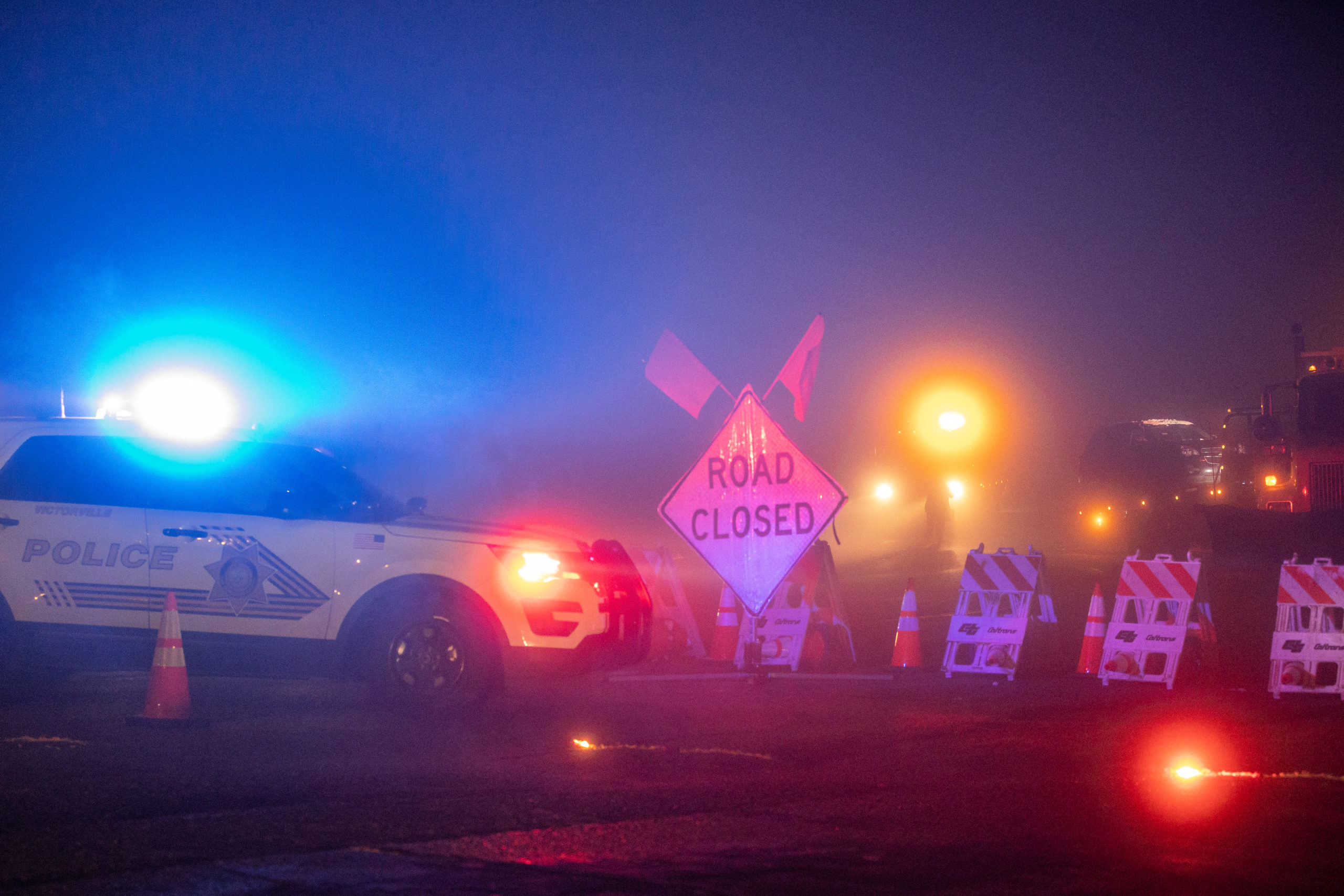 Just before 4:00 am, on December 27, 2019, Victorville City Fire responded to the area of D and Eleventh Streets reference multiple vehicles involved in separate collisions on the bridge.

At least 2-4 vehicles were involved in minor crashes and several other motorists stopped their vehicles to prevent from sliding further in the black ice.

Caltrans has arrived with a snowplow and were preparing to cinder the roadway. Sheriff’s officials at the scene said to expect the roadway to remain closed till’ the ice defrosts.

No serious injuries were reported. Check back for updates on this story.

Black ice forms first on bridges and overpasses because air can circulate both above and below the surface of the elevated roadway when the ambient temperature drops, causing the bridge pavement temperature to fall more rapidly.