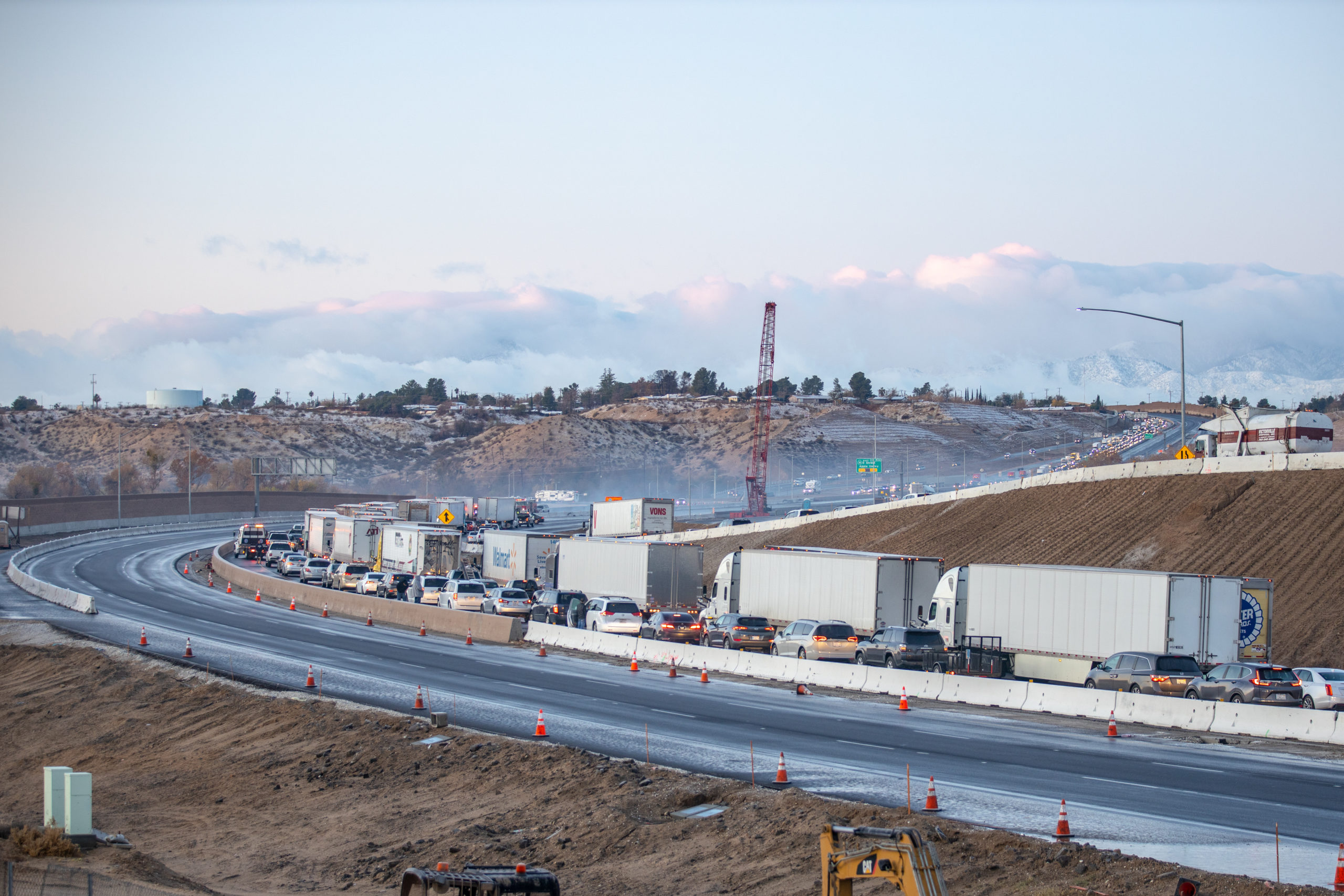 VICTORVILLE, Calif. (VVNG.com) — Icy roads snarled morning commutes the day after Thanksgiving, especially along the I-15 freeway in Victorville.

A dip in temperatures after two powerful winter storms was likely to blame for the dangerous commute.

Patches of black ice were reported on the I-15 between Stoddard Wells and D Street which resulted in multiple spin-outs and collisions.

At about 4:00 am, Victorville City Firefighters responded to multiple separate collisions near E Street on the southbound side assisting with a non-injury crash when an SUV slammed into the back of the engine.

A couple of Caltrans snowplows moved in and spread deicer on the roadway.

The Town of Apple Valley tweeted and said, “Black Friday is taking on a different meaning this morning with black ice on the roads. There are reports of spin-outs and traffic collisions due to icy road conditions. Public Works crews are out adding cinders to icy roads to help melt the ice. Please drive slowly and safely!”