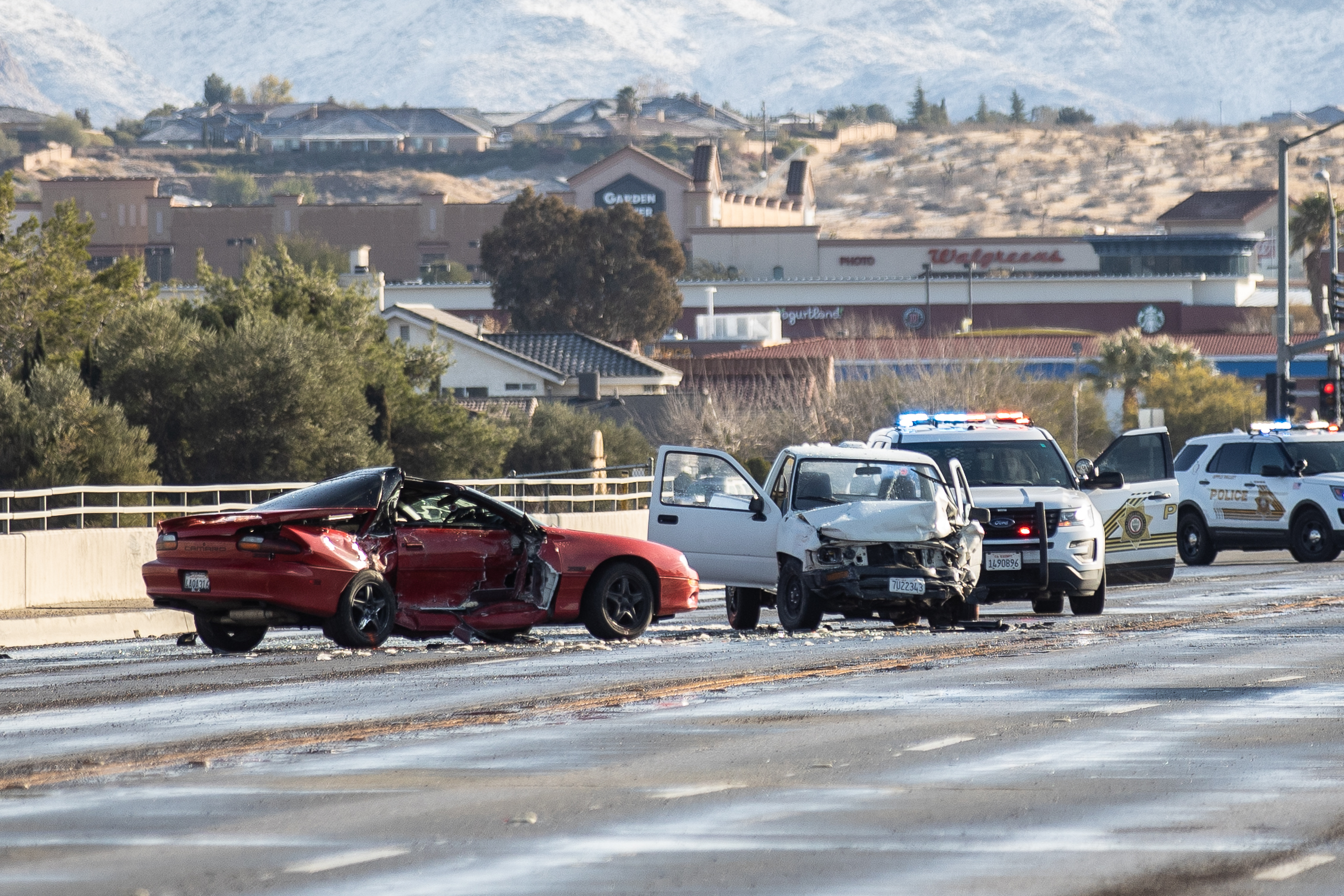 APPLE VALLEY, Calif. (VVNG.com) — Officials confirmed that black ice was the cause of a deadly crash that killed a female passenger Friday morning, just of west of the Jess Ranch Shopping Center.

The crash happened on November 29, 2019, at about 6:52 a.m., on the Bear Valley Road bridge crossing the Mojave River, in the Town of Apple Valley.

A female passenger in the Camaro was transported to a local area hospital where she succumbed to her injuries, The Apple Valley Sheriff’s Station confirmed.

The bridge was shut down as investigators from the Apple Valley Major Accident Investigation Team (MAIT) were called to the scene to assume the investigation.

“Through preliminary investigation, it was determined that the Camaro was traveling eastbound on Bear Valley Road when the driver lost control due to black ice on the roadway,” officials said in a press release.

The driver of the Camaro was transported to a local area hospital with minor injuries.

The driver of the Toyota, an adult male resident of Lucerne Valley, was also transported to a local area hospital with minor injuries.

A Buick with front end damage that was parked in the eastbound lanes of Bear Valley Road near the bridge was not involved in this collision.

Anyone who may have witnessed this traffic collision is urged to contact the Apple Valley Station or those wishing to remain anonymous may contact WeTip at 800-78-CRIME (800-782-7463) or www.wetip.com.