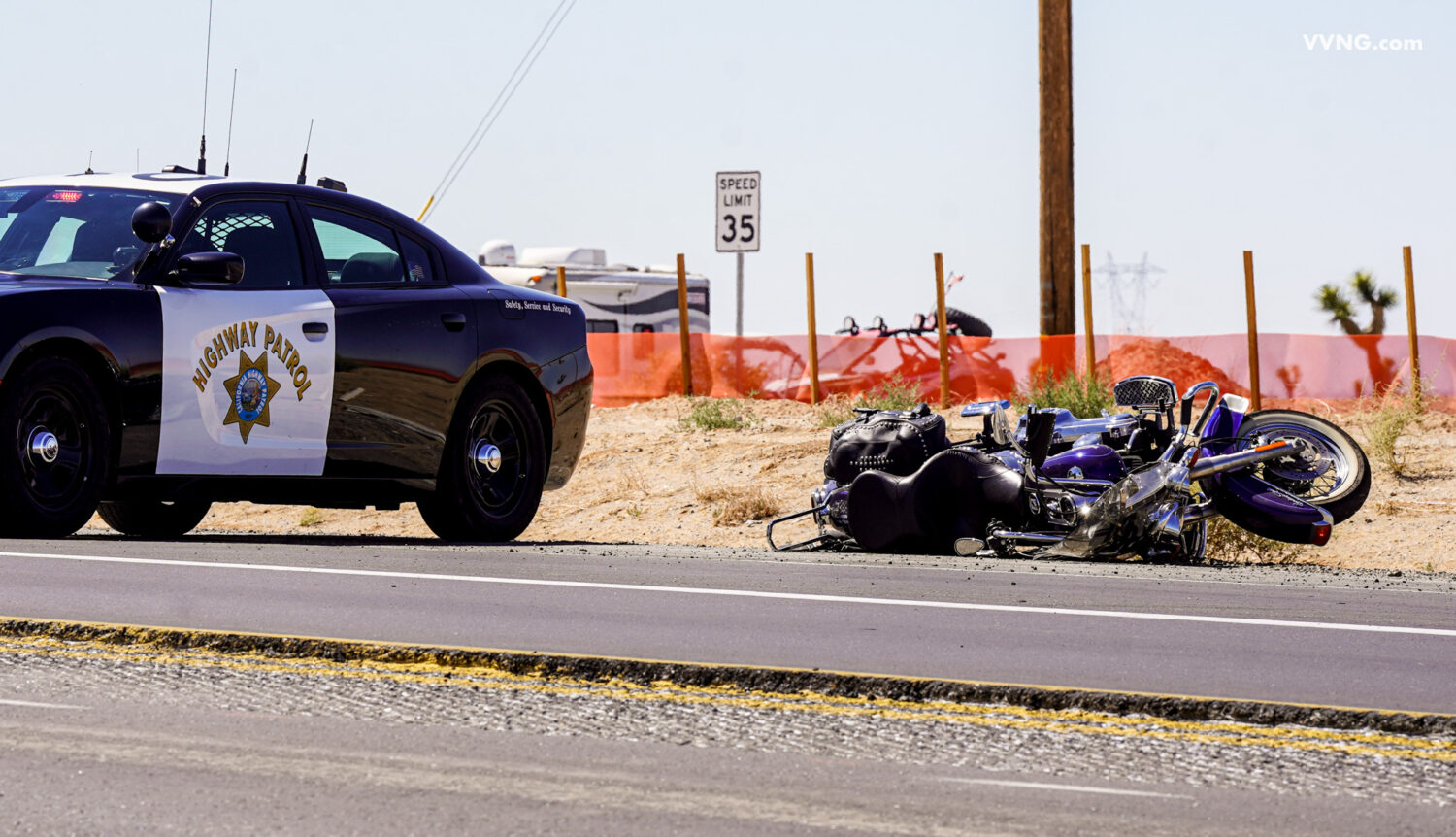 The California Highway Patrol received reports about the crash at about 1:20 pm, on June 19, 2022, along State Route 18, just west of White Road.

For reasons still under investigation, a purple colored Harley-Davidson went down along the right hand shoulder of the westbound lane.

CHP Officer Mohatt said the fire department arrived on scene prior to CHP and they attempted life-saving measures but were unsuccessful and the rider and solo occupant of the motorcycle was pronounced deceased at the scene.

Officials said the victim had attended church services with his wife and she was following behind in a vehicle when she came upon the accident scene.

Officer Mohat wanted to remind motorists about the ongoing construction and a two-inch groove between the west side and the east side of the roadway.

“This area is under construction so there is a lift on the asphalt which possibly could have been contributing to this traffic collision. Just be aware of all of the signage that is in the roadway around the construction site,” stated Officer Mohat.

The construction is taking place from Highway US 395 and continues all the way to the Los Angeles county line and is expected to be completed in the next couple of weeks.

The identity of the deceased rider will be released by the San Bernardino County Coroner’s Office.