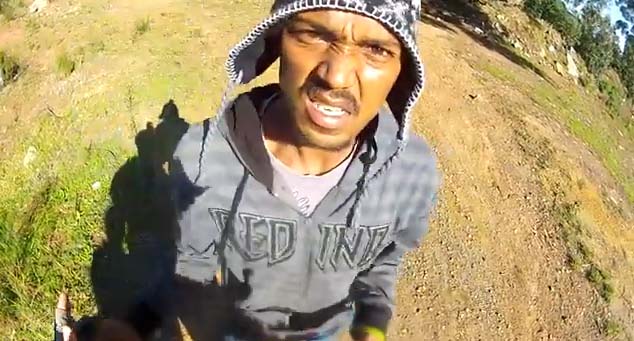 SOUTH AFRICA:(VVNG.com)- A mountain biker named Malcolm Fox was riding a trail on May 31 in Western Cape Province in South Africa. When he was allegedly approached by three men with one of them holding a gun. The armed man demanded the cyclist hand over his cellphone, car keys, Oakley’s and bike.

But the suspects must not have been looking too closely or they would have realized they were being recorded on a GoPro helmet camera.

According to 10News, the video from his helmet cam helped police arrest the three suspects. Malcom got his phone back, but they haven’t found his mountain bike yet.

Many people on social media are wondering if this video is the real deal or a hoax? What do you think?