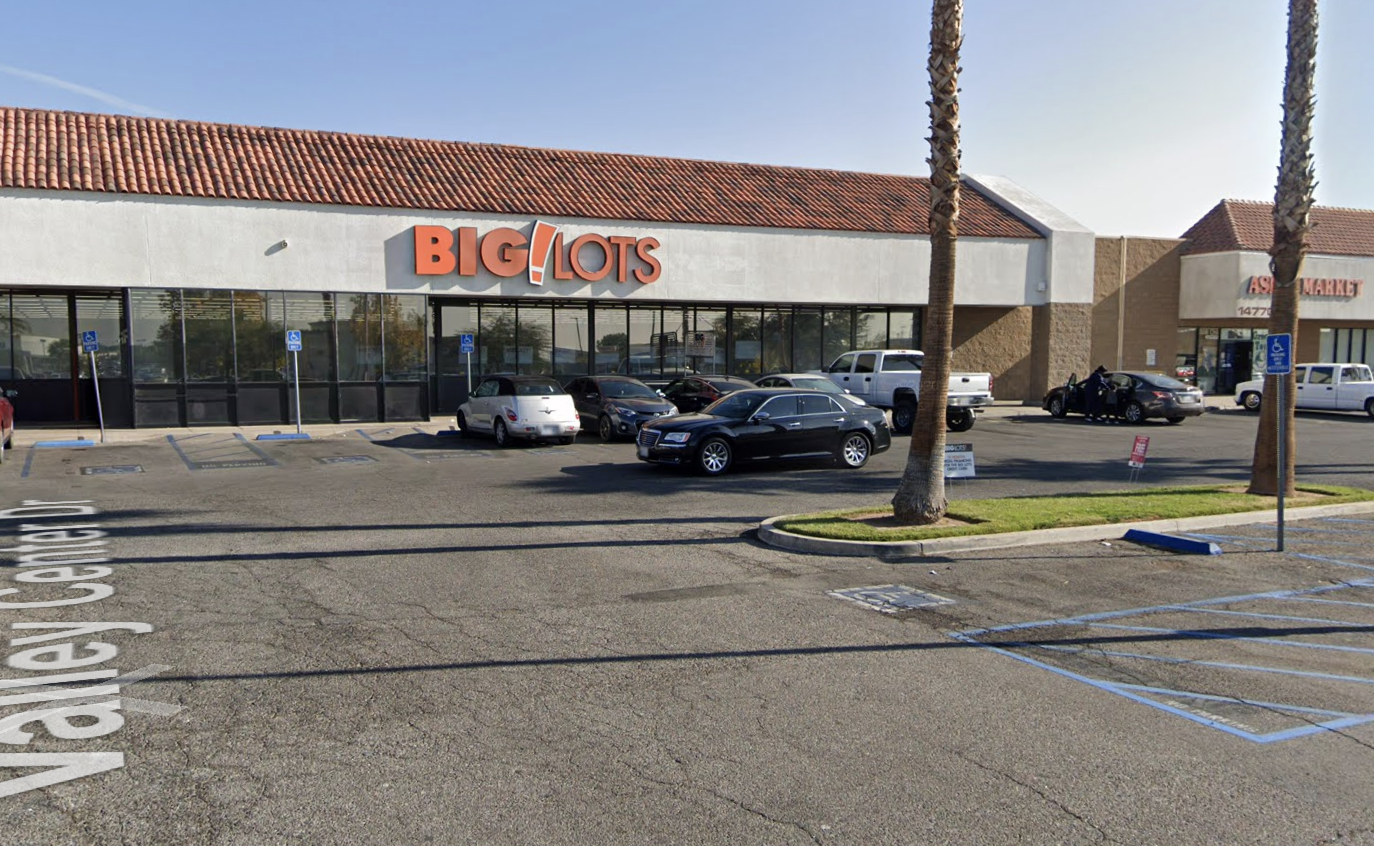 VICTORVILLE, Calif. (VVNG.com) — A female Big Lots employee in Victorville was run over during an attempted robbery on Tuesday, officials said.

Sheriff’s officials said deputies received an assault call reporting an unknown person had run over an employee while attempting to leave with stolen merchandise.

“Upon arrival, deputies learned the victim followed the suspect out of the store after seeing him leave without paying for a television and bedding he had in his possession,” stated a sheriff’s news release. “After placing the items in his car, the suspect began to drive away. The vehicle hit the victim in the process, causing her to fall to the ground. She suffered an injury to her head and wrist and was transported to a hospital for treatment.”

At approximately 3:28 pm, Deputy J. Ortega saw the suspect vehicle on 7th Street near Forrest Avenue. He conducted a traffic stop and detained the suspect, later identified as 50-year-old Kenneth Deshon Berry, a resident of Hesperia.

Officials said during a search of Berry’s vehicle, Ortega located the bedding taken from the business. Berry was arrested and booked at High Desert Detention Center for robbery and assault with a deadly weapon.

Anyone with information about this investigation is asked to contact Deputy J. Ortega at the Victorville Police Department at (760) 241-2911 or Sheriff’s Dispatch at (760) 956-5001. Callers wishing to remain anonymous are urged to call the We-Tip Hotline at 1-800-78CRIME (27463) or you may leave information on the We-Tip website at www.wetip.com.