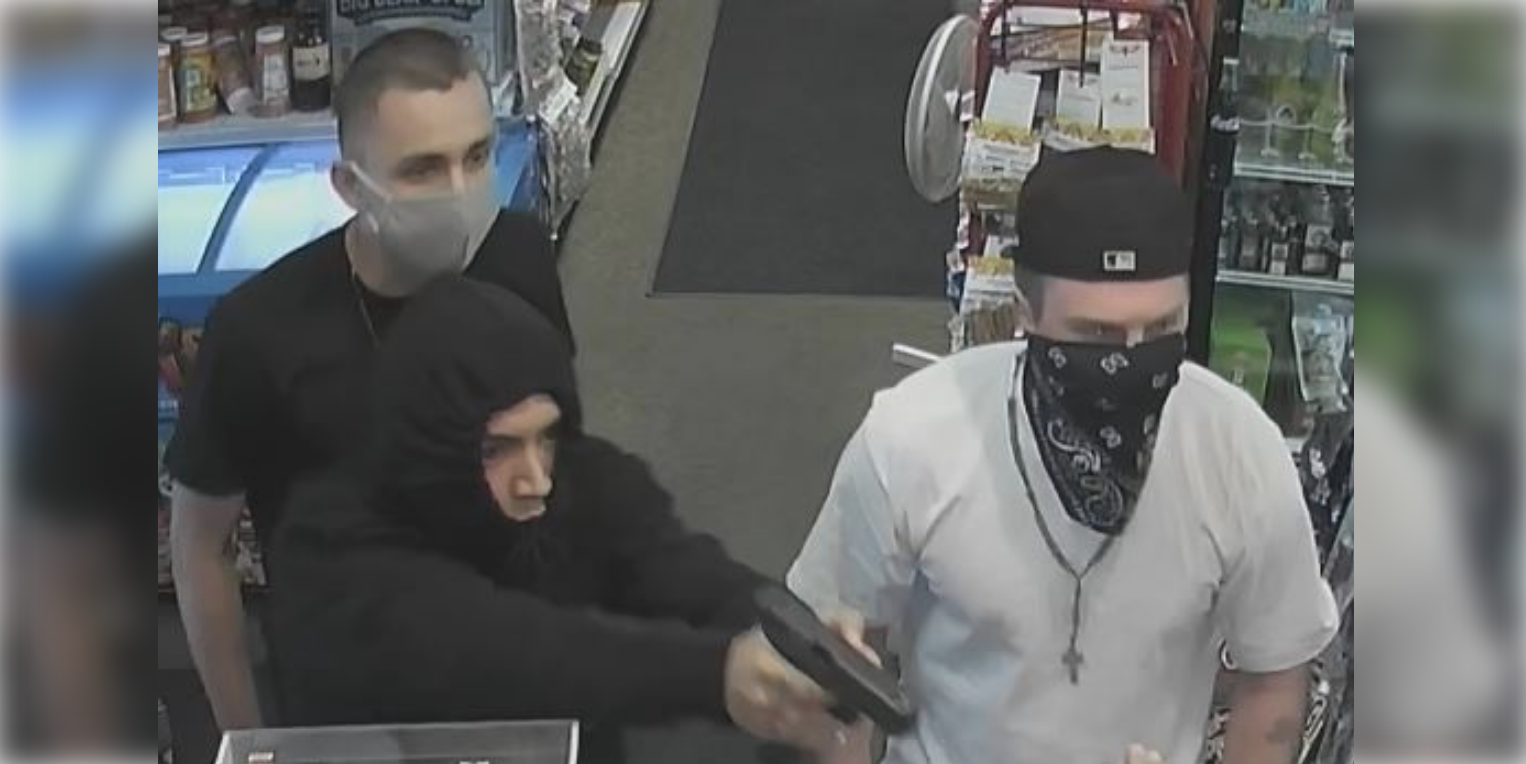 BIG BEAR, Calif. (VVNG.com) — The Big Bear Sheriff’s Department is seeking the publics’ help to identify three outstanding suspects wanted in connection to an armed robbery and shooting of a store clerk.

Sheriff’s officials said three males entered the store and brandished a handgun at the employee, demanding money from the cash register.

“An argument between the employee and suspects ensued and a physical fight broke out. During the altercation, one of the suspects fired the handgun, striking the employee in the leg,” stated a sheriff’s news release.

The liquor store clerk was flown to a trauma center for treatment of the injury.

All three suspects fled on foot and video surveillance from the store captured the incident.

Deputies canvassed the area and after an extensive search, the suspects were not located.

Authorities said the suspects remain outstanding and are believed to be armed and considered dangerous.

Anyone having information on the identity or whereabouts of the three suspects involved are requested to contact the Detective Bureau of the Big Bear Sheriff’s Station at (909) 866-0100. Information can be reported anonymously by calling WE-TIP at (800) 78-CRIME or online at www.wetip.com.