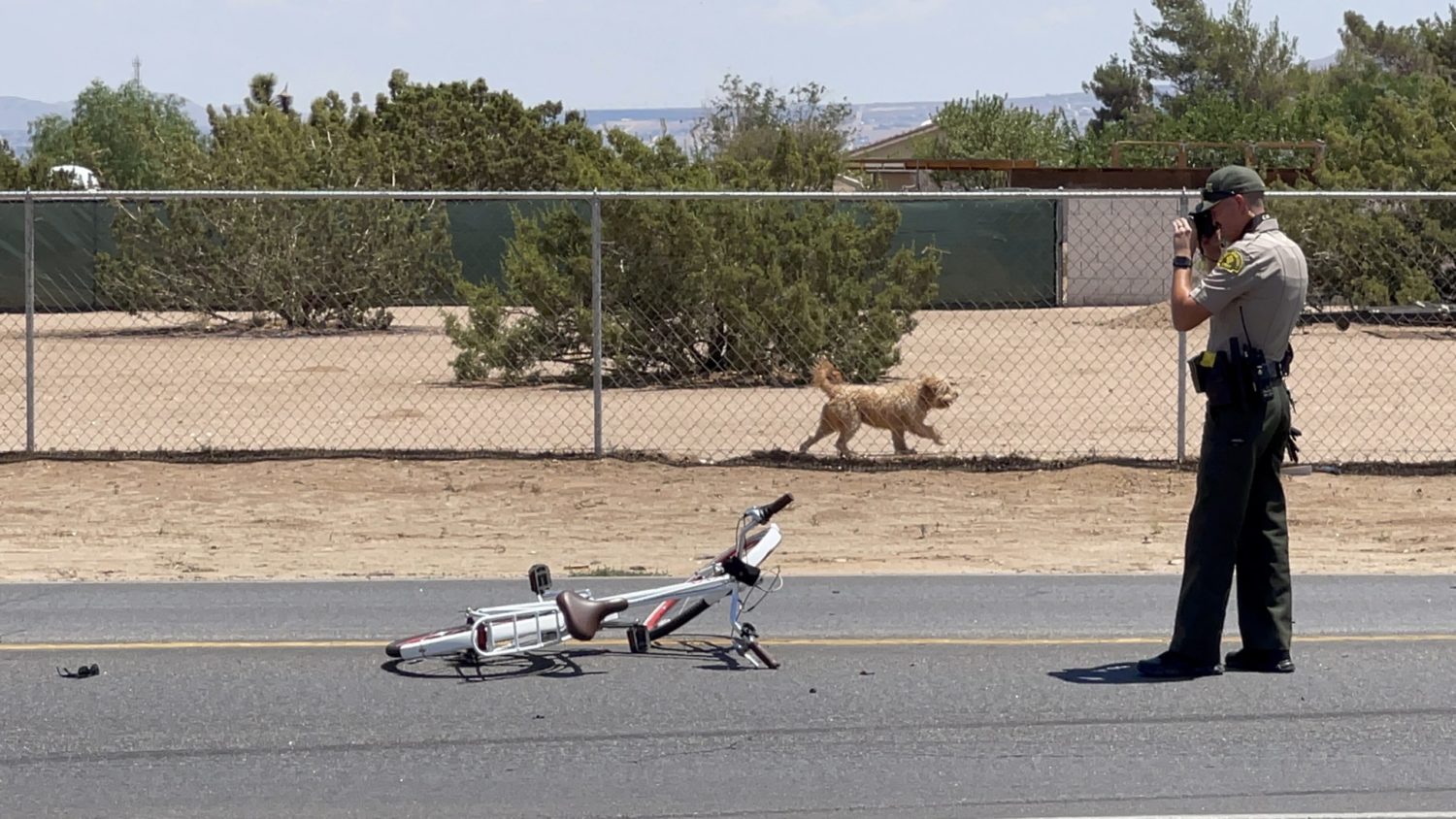 HESPERIA, Calif. (VVNG.com) — A 67-year-old woman is dead after being hit by a truck in Hesperia Tuesday afternoon.

It happened at 12:05 pm, on July 27th on Cottonwood Avenue between Yucca and Main streets.

Upon arrival, first responders located a white 1997 Chevrolet box truck belonging to Armando’s Furniture and a female near a white bicycle in the middle of the roadway.

According to a sheriff’s news release, the box truck was traveling north behind the bicycle. “The bicycle rider made a sudden left-hand turn in front of the Chevrolet and was broadsided.”

The 20-year-old male driver of the box truck stopped and cooperated with investigating officers.

The intersection of Cottonwood Avenue and Yucca Street was closed for several hours while deputies from the Hesperia Major Accident Investigation Team (MAIT) processed the scene.

Officials said the identification of the bicyclist is pending next of kin notification.

Anyone with information or anyone who may have witnessed the collision is asked to contact Deputy D. Holland or Deputy F. Zavala at the Hesperia Station 760-403-8026 and reference case # 192104731.

Victorville high-speed pursuit ends in Fontana with an arrest