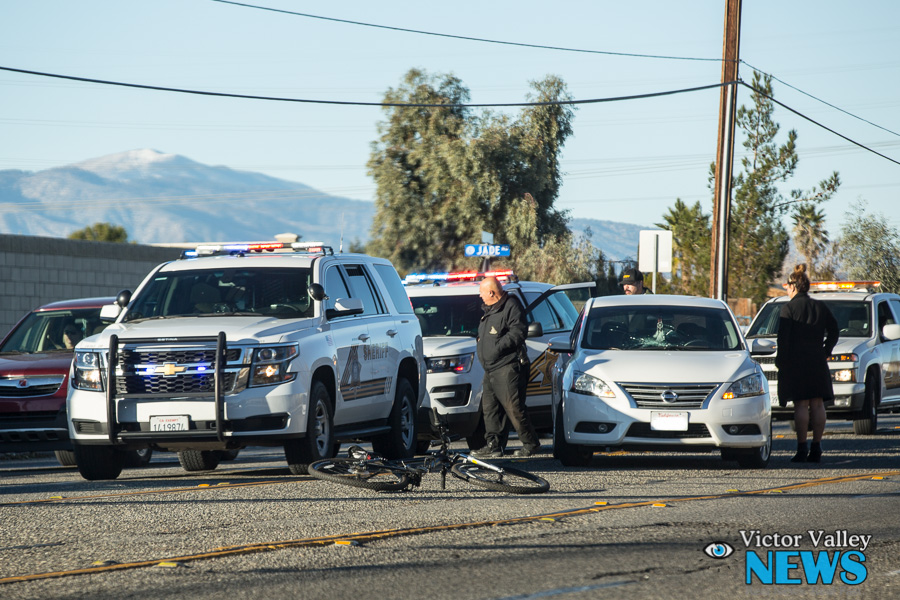 According to Sheriff’s spokeswoman Mara Rodriguez, Victorville police received reports of a vehicle versus bicyclist at 7:08 a.m., on Bear Valley Road and Jade Road.

“The 26-year-old female driver of a white Nissan had just entered the number one eastbound lane of Bear Valley Road, from Jade,” stated Rodriguez.

“The bicyclist was also headed eastbound in the number one lane of Bear Valley Road. The driver of the Nissan did not see the man on the bicycle and collided with him.”

According to Rodriguez, the bicyclist complained of pain to his lower back and legs. He was transported by ground ambulance to ARMC.

The no. 1 lane eastbound lane of Bear Valley Road was temporarily blocked while authorities investigated the crash.

For the latest news in real-time join our interactive Facebook group with over 85,000 members: VICTOR VALLEY NEWS VVNG.com