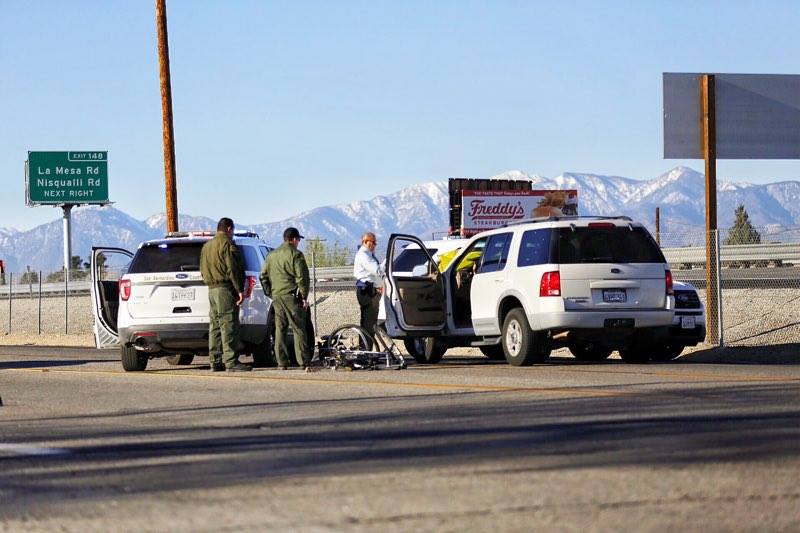 VICTORVILLE:(VVNG.com)- A portion of Mariposa Road remains closed in both directions following a fatal crash.

At about 2:30 AM., on Monday, February 29th dispatch, received reports that a vehicle had struck a pedestrian near the Southwest Gas Building located on the 13400 block of Mariposa Road.

First responders arrived at the scene just south of the intersection at Talpa Street and Mariposa Road and pronounced the male pedestrian dead on arrival.

A mangled silver bicycle can be seen lying in the roadway next to a small white Ford SUV with a yellow tarp covering the body on the hood of the SUV.

A hard road closure remains in place from Mariposa and Yates and Mariposa and Nisqualli in both directions. The coroner’s arrived on scene just after 8:00 AM., to remove the body. The identity of the deceased will be released pending notification of next of kin.

Details surrounding the fatal crash are not currently available. More information will be updated as it becomes available.