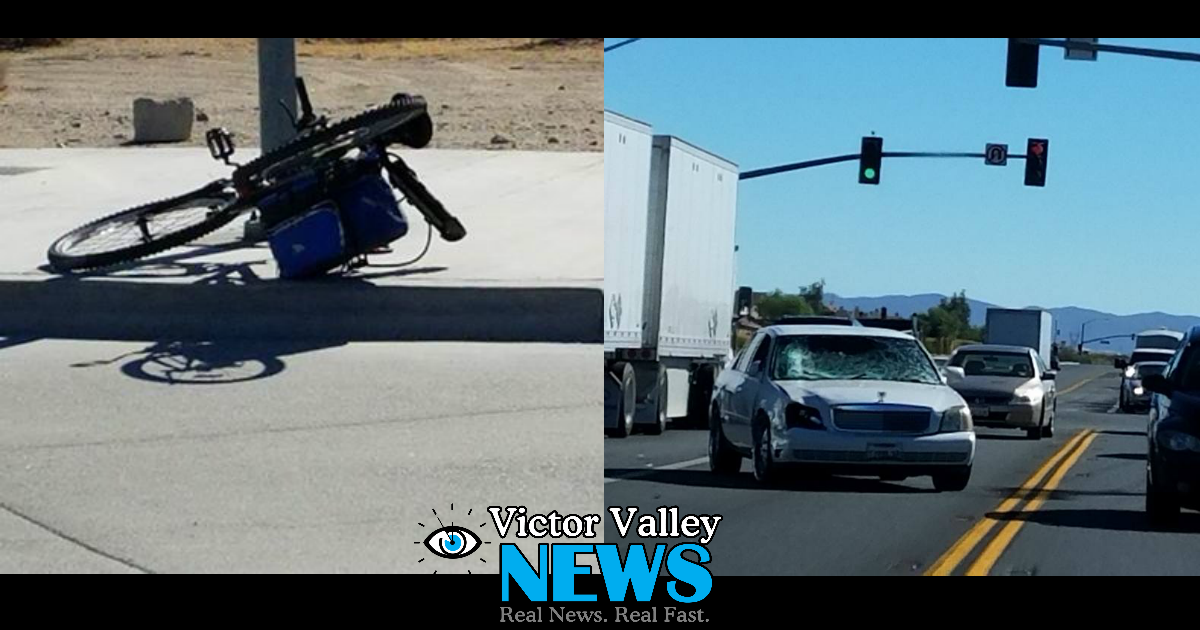 VICTORVILLE, CA:(VVNG.com)– A bicyclist was seriously injured after he was struck by a vehicle Tuesday morning.

At approximately 10:15 a.m. dispatch received multiple calls reporting a vehicle versus a bicyclist on Highway 395 near Luna Road.

When authorities arrived on scene they located a male subject down on the right shoulder of the roadway and a white 2004 Cadillac with damage to the front driver side and a shattered windshield.

Per scanner reports, the rider sustained major injuries and airship was requested to transport the patient to Arrowhead Regional Medical Center.

A second ground ambulance was requested to transport the driver of the involved vehicle.

Southbound traffic on Highway 395 at Palmdale Road is shut down while authorities investigate the crash.