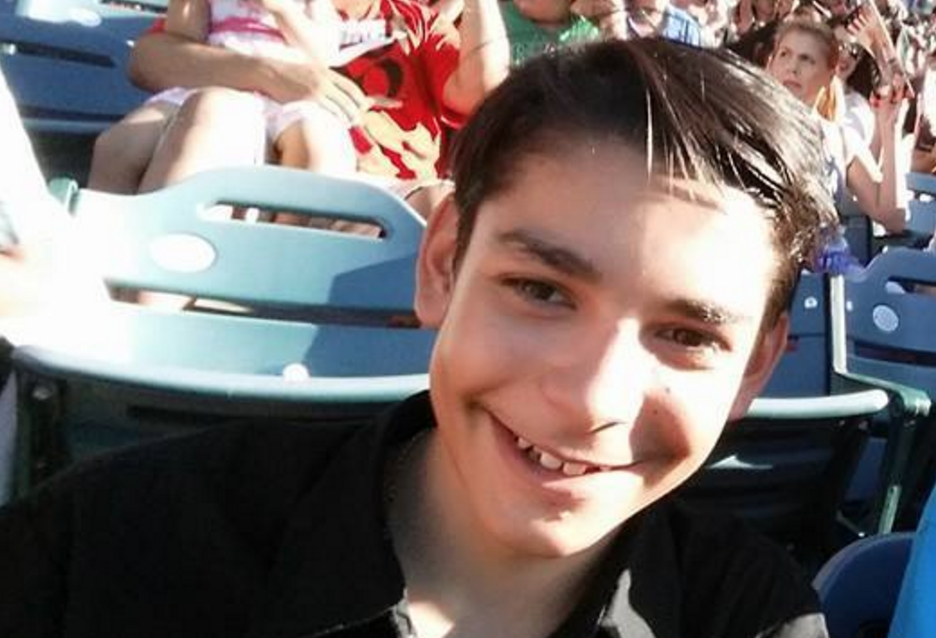 Hesperia teen identified as the victim of the vehicle vs. pedestrian fatality.

VICTORVILLE-(VVNG.com): The life of a 16-year-old Hesperia boy was tragically cut short on Monday morning after a vehicle hit him on the 13400 block of Mariposa Road.

The teen identified as Cesar Machuca Jr. was on his bike returning home after leaving his girlfriend’s house just a few blocks away from the scene of the accident. At about 2:30 AM, for reasons still under investigation he was struck by a white Ford Explorer.

The mangled bike belonging to the teen rested on the street as his body remained on the hood of the SUV for several hours throughout the investigation and until the Coroner arrived. Machuca suffered upper body trauma and was declared dead on scene at 2:43 AM, by San Bernardino County Fire Department personnel.

Through investigation, it was determined the driver was traveling on southbound on Mariposa Road just north of Talpa Street when he collided with Machuca, who was also riding southbound on his bicycle. The driver remained at the scene and cooperated with deputies.

Machuca was a junior at Canyon Ridge High School and is survived by his three older siblings, his mother, his father as well as other family and friends that will miss him greatly.

The San Bernardino County Coroner arrived on scene at around 8:00 a.m. on Monday. No other information is available at this time, information will be updated  as it becomes available.

The investigation is being conducted by the Region II Major Accident Investigation Team (MAIT). Anyone who may have witnessed this collision is urged to contact Deputy Sahagun or Deputy Haynes at the Victor Valley Station.