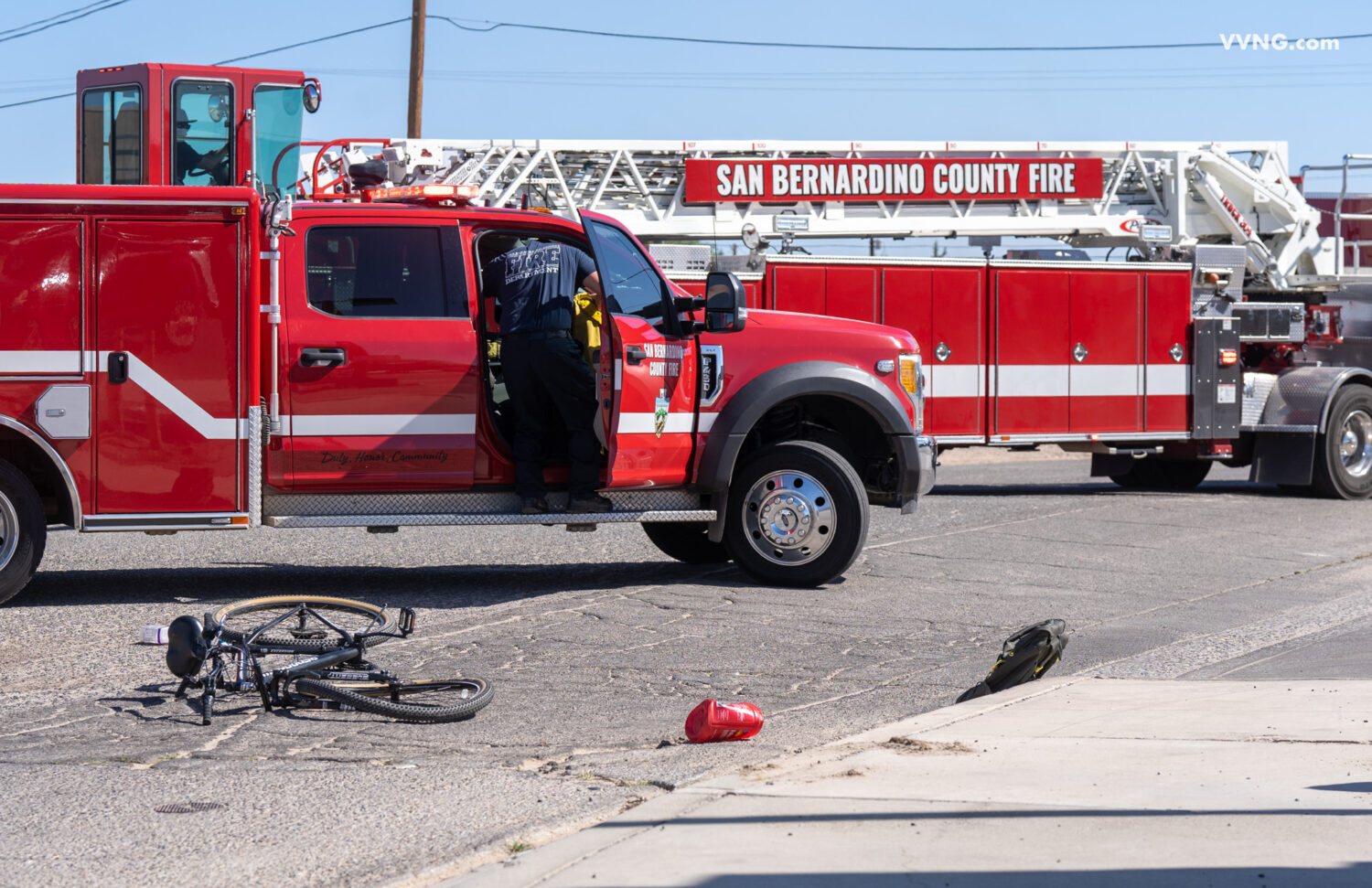 HESPERIA, Calif. (VVNG.com) — A bicyclist was transported to a hospital after he was injured in by a hit-and-run driver in Hesperia.

It happened at about 3:30 pm, on May 4, 2022, at the intersection of Main Street and Fith Avenue near the corner of the Fast Trip Liquor.

Emergency personnel arrived and located a black mountain bike near the driveway of the gas station along with a rider down on the ground.

Sheriff’s spokeswoman Mara Rodriguez told the male victim was transported to the hospital and had no update on his condition.

Rodriguez said the investigation is still active but it appears that a hit and run collision occurred at the location.

“As of right now, the driver of the vehicle is not in custody,” stated the spokeswoman.

Deputies blocked off a stretch of Fifth Avenue while they conducted their investigation.

Anyone with information is asked to contact the Hesperia Police Department at 760-947-1500. Additional information will be updated as it becomes available.

Related Topics:HesperiaHit and run
Up Next