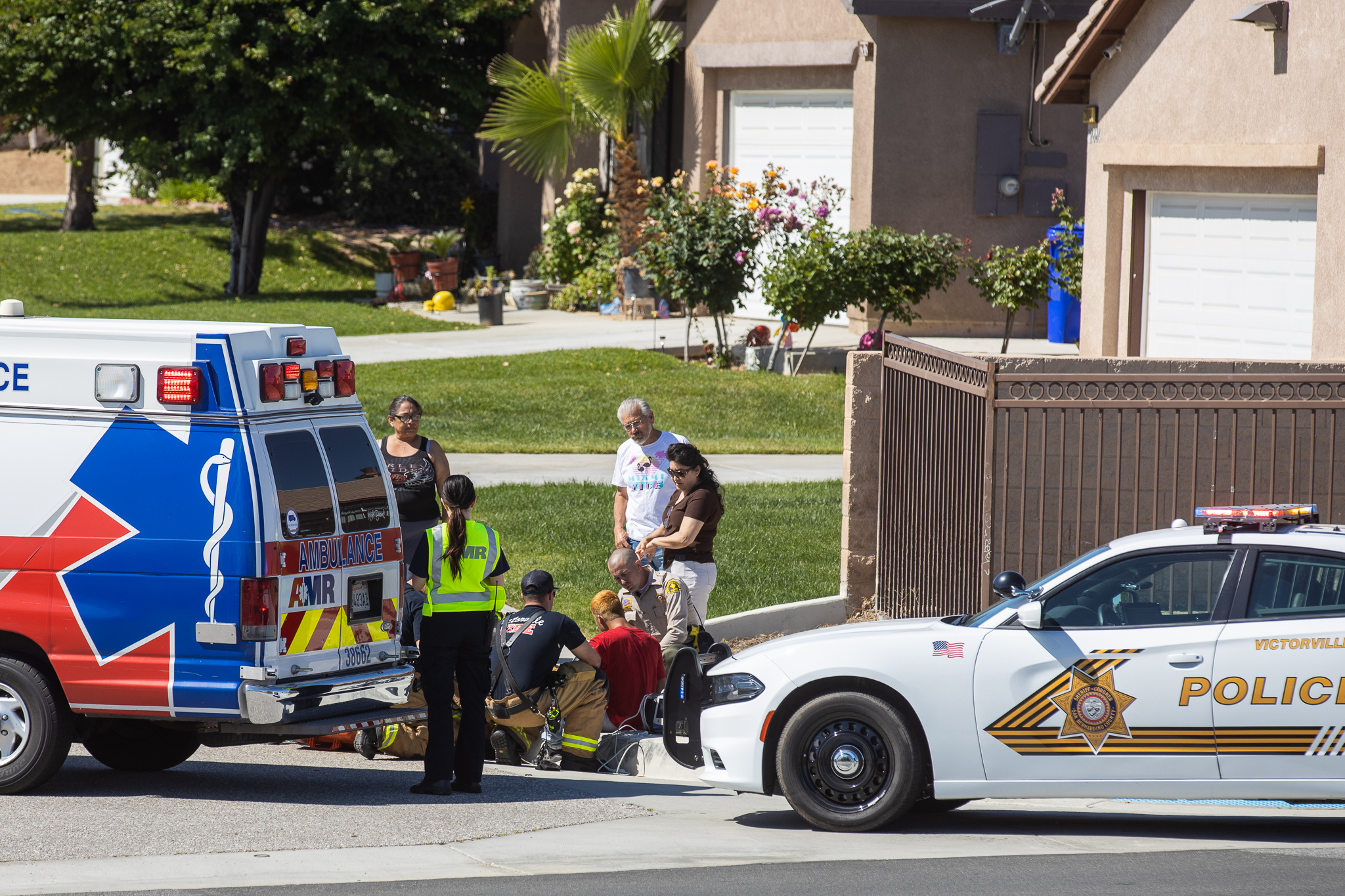 VICTORVILLE, Calif. (VVNG.com) — A bicyclist was transported to a local hospital after crashing with a car Monday morning.

It happened at about 9:30 am, at the intersection of Second Avenue and Nisqualli Road.

Victorville City Fire, American Medical Response, and San Bernardino County Sheriff’s deputies responded to the area and found the injured male sitting up on the southwest corner of the intersection.

A small SUV with front passenger side damage was stopped nearby and the driver was speaking with police.

The bicyclist sustained injuries to his ankle and no other injuries were reported.