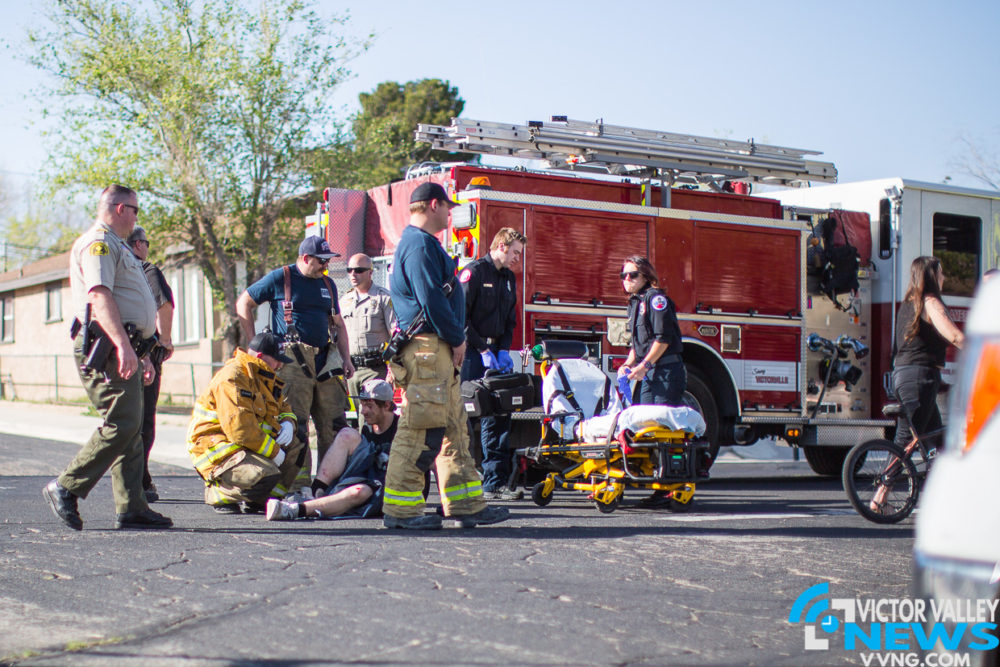 VICTORVILLE, Calif. (VVNG.com)— A bicyclist was injured after he was unable to stop and crashed into a vehicle Tuesday afternoon.

The rider was alert and responsive. He was helped up and placed on a stretcher before being transported to a local hospital.

According to a witness at the scene, the bicyclist and a friend were both riding their bikes eastbound on Yucca Street. Unable to stop in time, one of the riders entered the intersection and collided with the side of a northbound vehicle, traveling on Sixth Street.

The vehicle involved in the accident remained at the scene and cooperated with authorities.