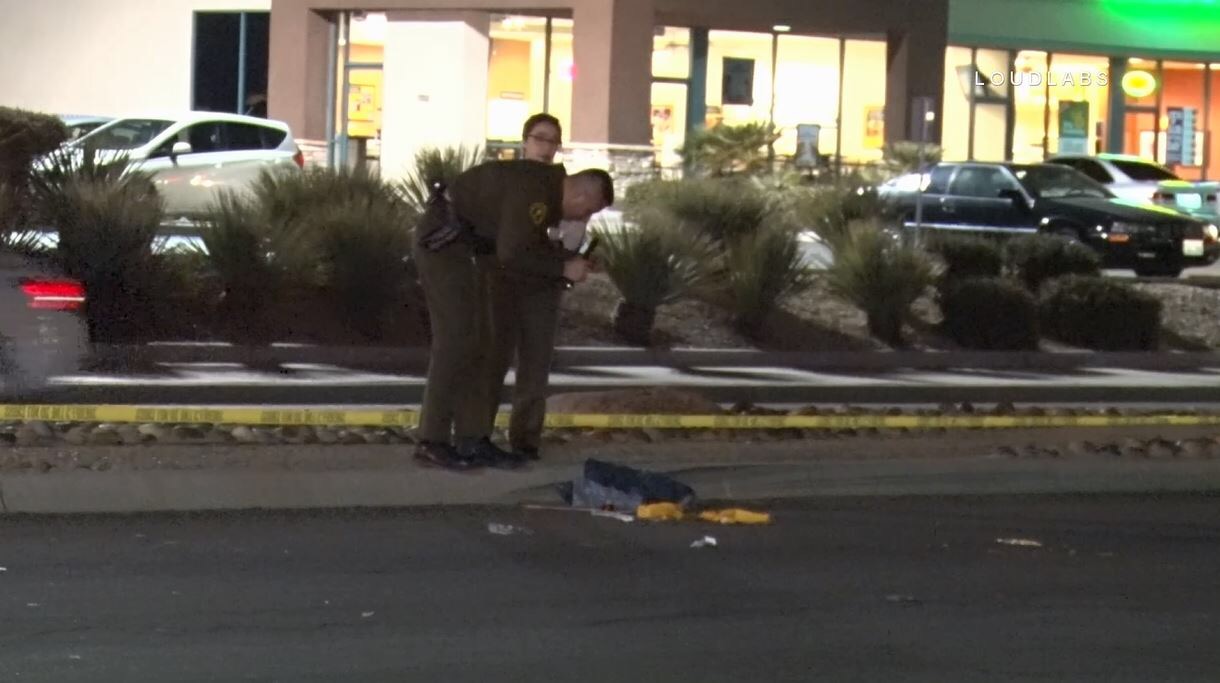 VICTORVILLE, Calif. (VVNG.com)- A stretch of Bear Valley Road is shut down after a pedestrian was struck Tuesday night.

Just before 8:00 p.m. Sheriffs dispatch received reports of a vehicle versus a pedestrian in the 14200 block of Bear Valley Road between Amargosa Road and Mall Boulevard.

The pedestrian appeared to be crossing Bear Valley Road mid-block at the time of the accident. Debris left at the scene indicated the pedestrian may have been shopping at the Victor Valley Mall.

Per scanner reports, CPR was in progress on the man while he laid in the roadway.

According to authorities at the scene, the pickup truck was heading west when he struck the male. The female driver and occupant of the truck remained at the scene and cooperated with authorities.

An air ambulance was initially requested but later canceled by paramedics at the scene. The male was transported to Desert Valley Hospital with life-threatening injuries. Further information on his injuries were not immediately available.

The scene is being handled by the Major Accident Investigation Team (MAIT). The roadway is expected to remain closed for several hours.