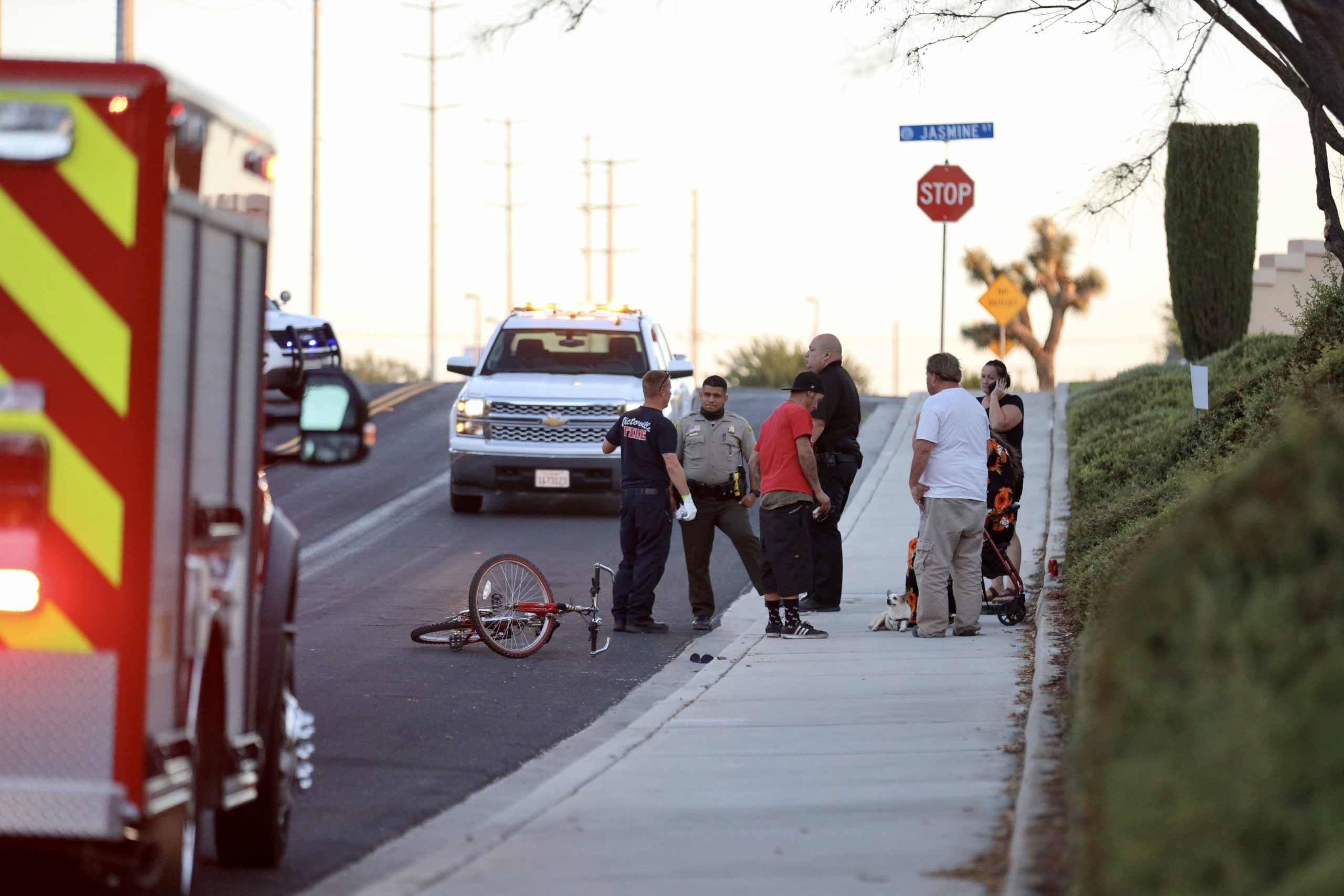 VICTORVILLE, Calif. (VVNG.com) — A man who was riding a bicycle is in critical condition after he was struck by a driver who fled the scene.

It happened just before 7 p.m., Saturday, August 29, 2020 on First Avenue between Jasmine Street and Silica Drive in Victorville.

When Victorville Fire arrived on scene they requested a helicopter to land at Desert Valley Hospital to transport the bicyclist to a trauma center.

“I was at the scene. I was In my mom’s apartment facing the street where the man was hit. I heard a large bang, which sounded like two vehicles colliding (it was that loud). I ran out of my mom’s apartment because I knew it was an accident.” a witness told VVNG.

“A young tall and thin black man was already out of the vehicle and a slim young black girl got out of the passenger seat. The male was standing with the guys and us for a short time and the girl in the meantime got into the car and moved the car around the corner on Jasmine,” the witness by the name of Brenda B.

The witness then said that the male ran towards the gray van and fled the scene with the female driver.

The witness stated that the vehicle was a “smokey gray” van, and not a black SUV as previously reported.

The bicyclist who was struck is described as a 74-year-old Asian male adult.

The Sheriff’s helicopter was requested to search the area for a matching vehicle.

This is a fluid story and will be updated as more info becomes available.

*The article was updated to reflect a witness statement. A previous witness described the vehicle as a black SUV. Both witnesses said they provided their statements to the police.