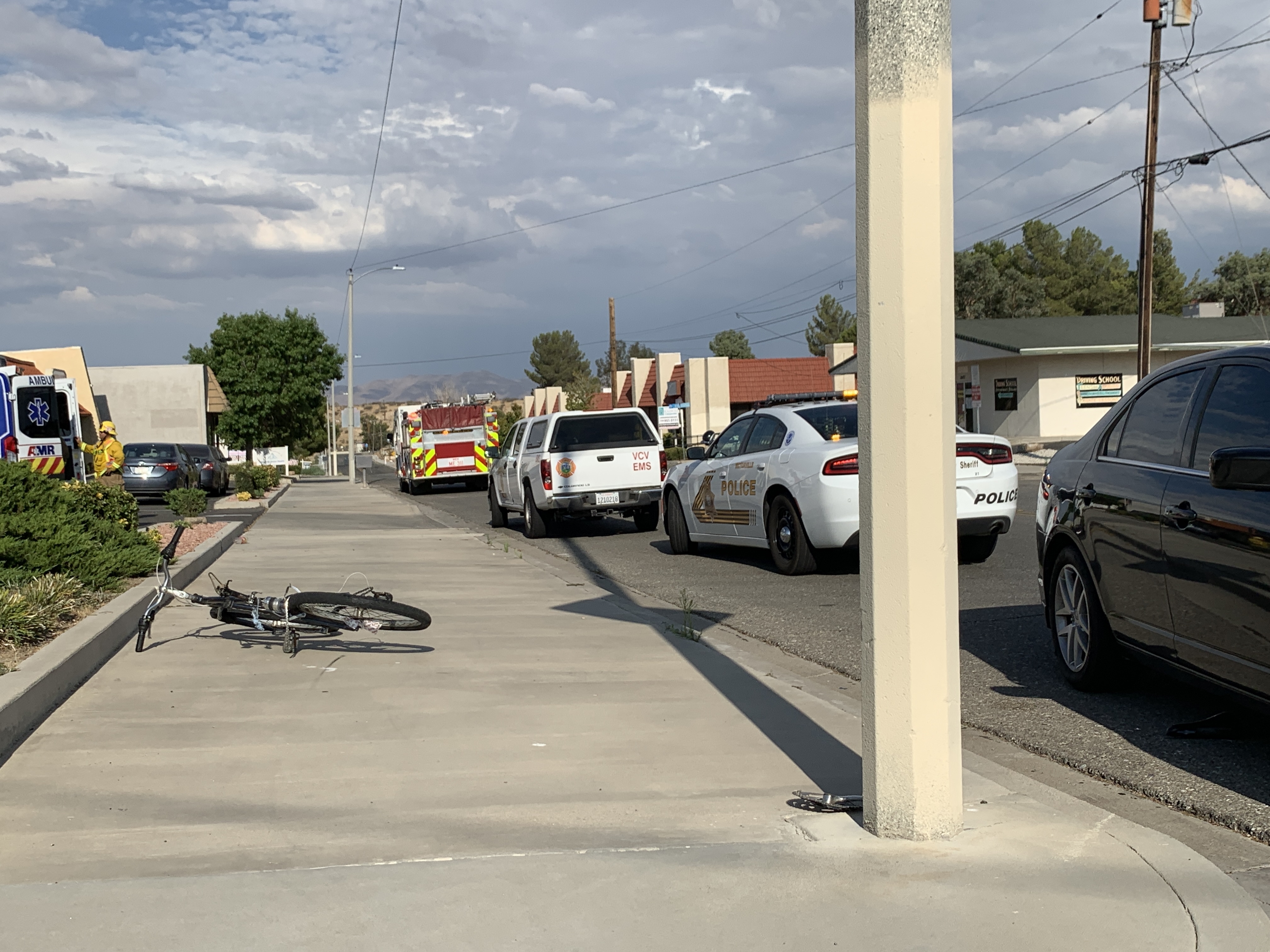 VICTORVILLE, Calif. (VVNG.com) – A female riding a bicycle was seriously injured when she crashed with a vehicle Thursday.

It happened at about 5:18 pm on July 25th at the intersection of Victor Street and Corta Drive in Victorville.

For unknown reasons, A female driving a Ford sedan and a female on a bicycle collided, causing the bicyclist to be thrown off the bike.

A witness told VVNG the bicyclist was bleeding from her mouth and had a possible broken ankle.

The female driver of the sedan remained at the scene and cooperated with authorities.