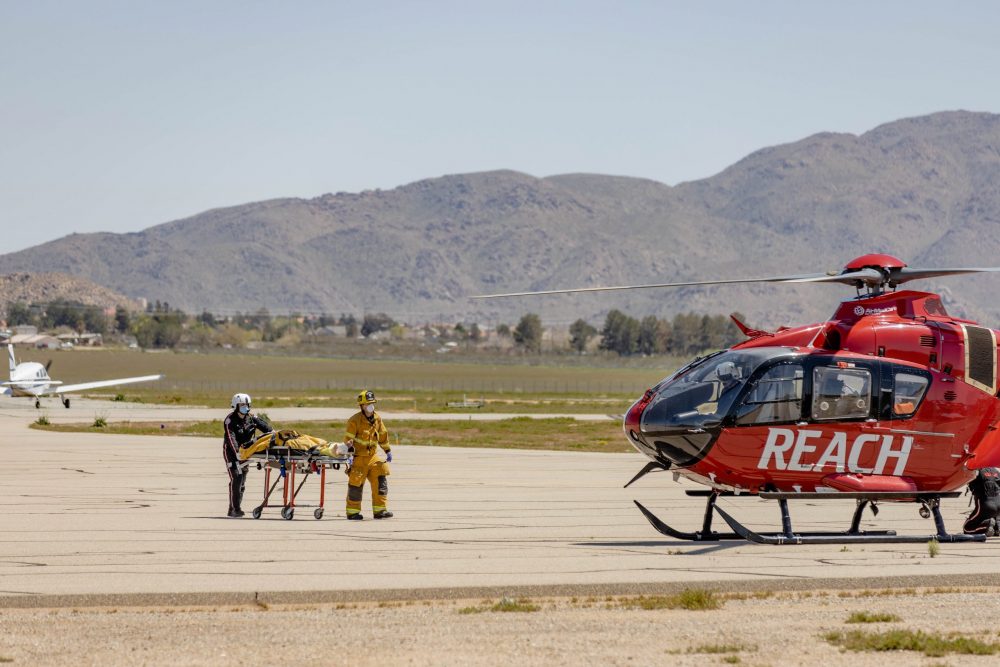 APPLE VALLEY, Calif. (VVNG.com) — A 55-year-old bicyclist was airlifted in critical condition after a collision with a pickup truck Tuesday afternoon in Apple Valley.

Upon arrival, emergency personnel located the unresponsive male down in the roadway and a 2019 white Toyota Tacoma with major front end damage.

Firefighters from the Apple Valley Fire Protection District requested a helicopter land at the airport and the bicyclist was subsequently airlifted to Arrowhead Regional Medical Center.

“For reasons still under investigation, the bicyclist failed to stop at the posted stop sign located on Corwin Road,” stated Mumford. “The bicyclist traveled into the path of the Toyota Tacoma where a collision occurred.”

Anyone with information is asked to call the Victorville CHP office at 760-241-1186.