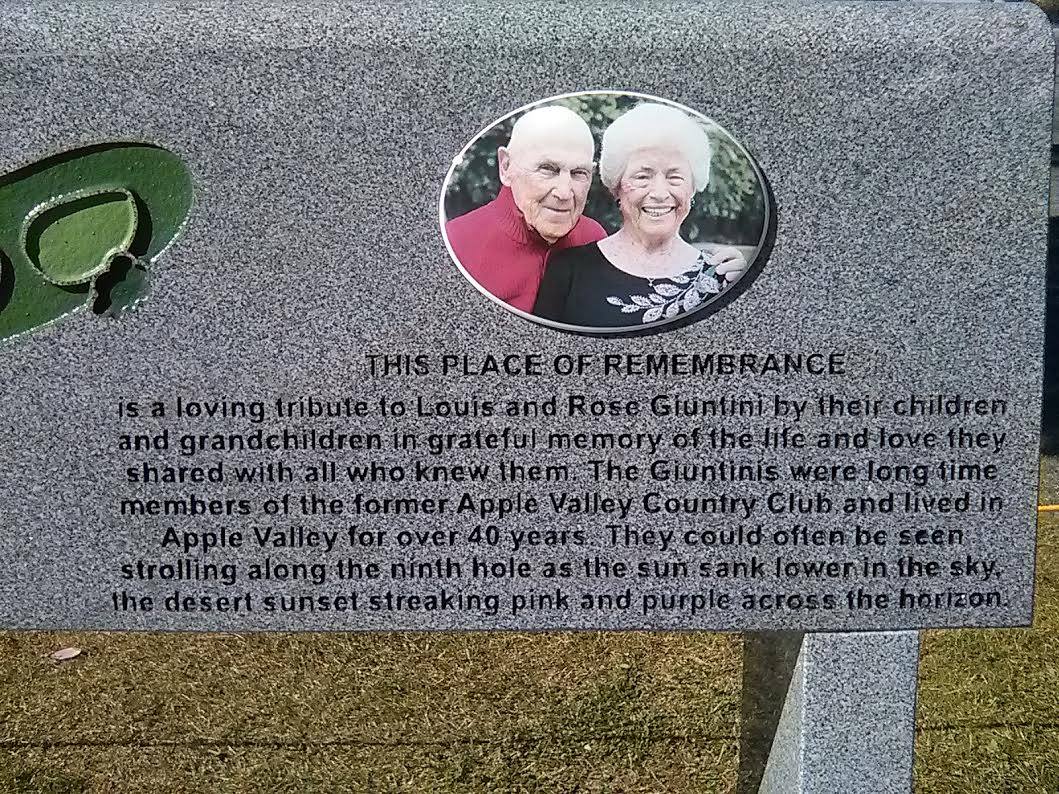 APPLE VALLEY, CA – The Apple Valley Mayor and Town Council invite the community to gather at the Apple Valley Golf Course at 3 p.m. on November 22 to dedicate a memorial bench in memory of Louis and Rose Giuntini.

Longtime Apple Valley Residents, the Giuntinis were also longtime members of the Apple Valley Country Club. The couple could often be seen strolling along the ninth hole in the evenings before stopping in at the clubhouse to chat with friends.

The couple’s lives were cut short earlier this year when they were killed in a home-invasion robbery. Understanding their love of the golf course, the couple’s family contributed the funds to install a bench and make improvements by the ninth hole they were so fond of walking by.

The dedication ceremony and short program is open to the public. For more information, contact Assistant Town Manager Marc Puckett at (760) 240-7000 x7704.

BREAKING: Person Of Interest In Elderly Couple Murder Is Killed