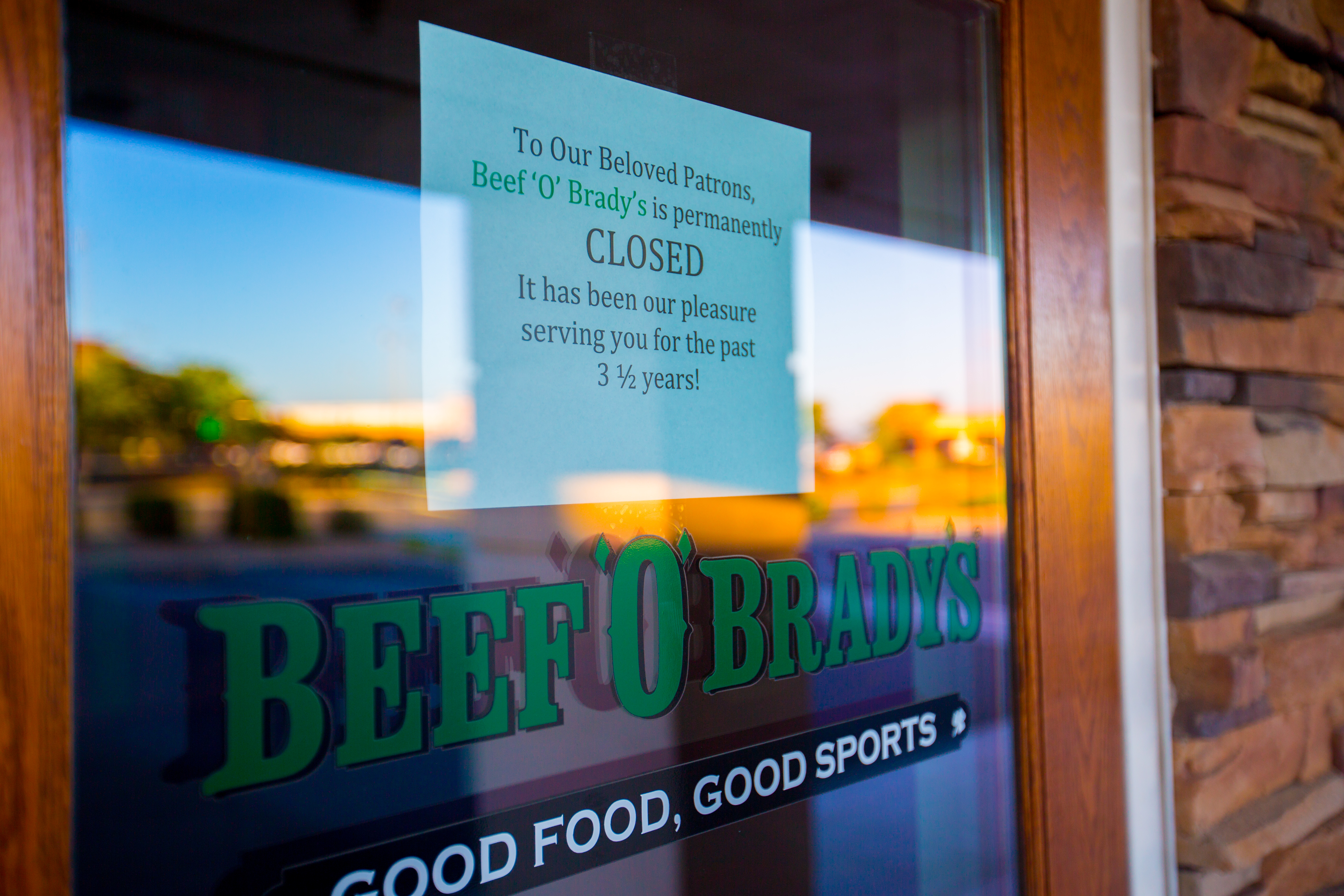 HESPERIA, CALIF: (VVNG.com) The family sports restaurant that served the High Desert for over 3 years permanently closed their doors overnight.

The restaurant, located on the 12700 block of Main Street in Hesperia, was a popular destination for those who enjoyed chicken wings, beer on tap and sports. However the traffic that the restaurant once brought in seemed to rapidly fade.

With a new Tilted Kilt and Bj’s Brewery introduced to the Victor Valley, the competition was presumably too much to overcome, which may have led to the abrupt overnight closure.

A reporter with Victor Valley News waited nearly 30 minutes outside the closed restaurant in hopes of interviewing a former customer, but was only met by two men who stated they were hoping to try Beef ‘O’ Brady’s for the first time tonight. “I guess they weren’t able to hire the bartenders they were looking for,” stated the man as he walked away.

The restaurant was recently hiring to fill positions at the location, but instead has generated more employees who are now out of a job.

A sign posted on the front doors stated “To our beloved patrons, Beef ‘O’ Brady’s is permanently closed. It has been a pleasure serving you for the past 3 1/2 years!”

An attempt to reach the headquarters of the shuttered restaurant, which is  based on the east coast, was unsuccessful late Thursday evening.