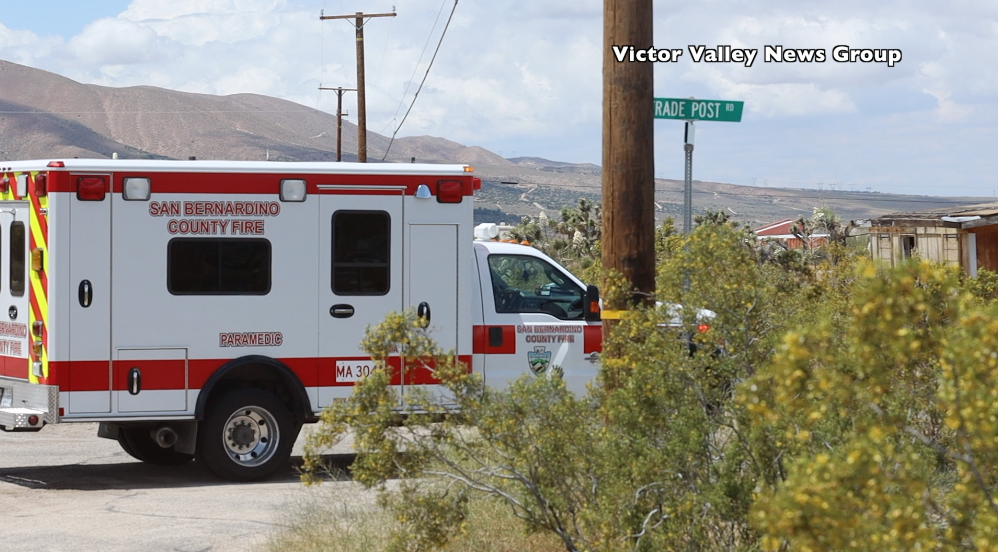 LUCERNE VALLEY, Calif. (VVNG.com) Firefighters had to rescue a man and a woman during an active bee swarm Saturday.

At about 11:23 a.m., on May 11, 2019, San Bernardino County Firefighters were dispatched to a call of two people actively being stung by a swarm of bees on the 7900 block of Trading Post Road in Lucerne Valley.

Initially, firefighters were unable to make access to the two people due to the bee swarm and they had to utilize the stream of water from their hoses as protection while treating the victims, according to scanner traffic.

The man had hundreds of stingers left in his body,  but was reportedly in stable condition and taken to St Mary’s Medical Center, scanner traffic reported.

The woman who was attacked had minor reactions to the bee bites and declined medical transportation.

The woman and four other children were unable to stay on the property as a result of the active bees.

Emergency crews rushed the woman and four children from the house in the awaiting ambulance. They were unable to access their personal vehicle as it was reportedly surrounded by bees, radio traffic confirmed. No other injuries were reported.

In 2017, a man walking in the 7400 block of Escondido Avenue in Oak Hills, died after he was stung hundreds of times by bees.

According to the City of Hesperia’s website, when participating in outdoor activities the following points can help you avoid unknowingly disturbing a hive:

Should a bee, or bees sting you, it is important to remember the following: