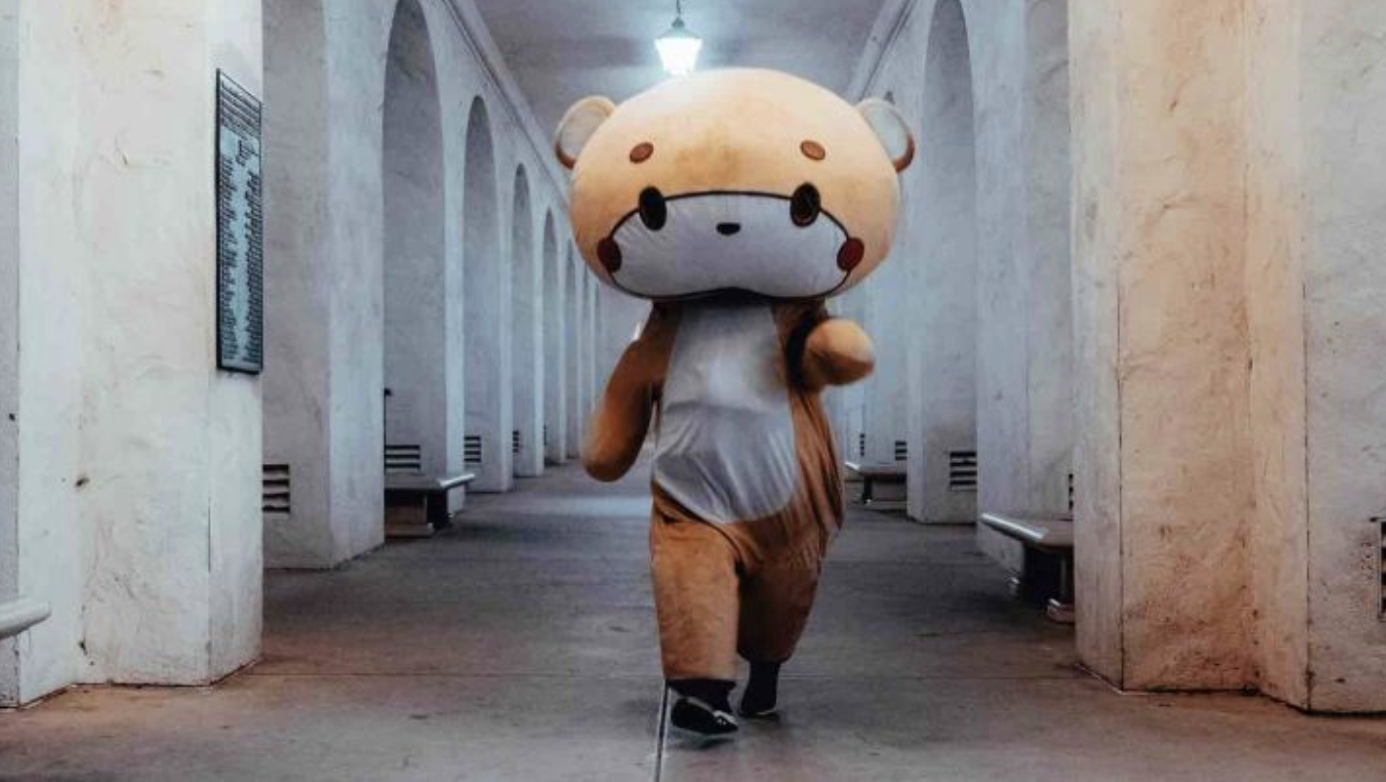 OAK HILLS, Calif. (VVNG.com) — A 33-year-old Los Angeles man on a mission to raise money for multiple causes by walking from Los Angeles to New York in a cartoon bear costume strolled into the Victor Valley on Saturday morning.

Carrying just two backpacks, Jessy Larios or better known as ‘Bearsun’ began his journey on Monday of this week in the Little Tokyo area of downtown Los Angeles. Hoping to walk at least 15 miles he said it was taking him some time to adjust to the new suit. “The goal is to try to attach the suit to your body as much as possible and right now it’s not doing that, so I have to fix it,” he stated in an Instagram video.

After making some adjustments, Bearsun continued on his unscheduled journey walking through cities like Covina, Upland, and by the fifth day, he reached Rancho Cucamonga. By Friday afternoon, he was spotted walking through the Devore area where many motorists stopped to take photos with him.

On his Instagram video, he mentioned his funny encounter with a California Highway Patrol officer after dispatch received a call from someone thinking he was dead as he rested underneath an overpass in the Cajon Pass.

Walking in complete darkness and only a small flashlight, he carried on with his mission along Cleghorn trail where he met a couple of people off-roading and warned him about a recent mountain lion sighting.

According to Bearsun’s latest Instagram story update, on the sixth day of his journey, he reached the community of Oak Hills where he took a two-hour break underneath a sage bush in the triple-digit heat. As he rested he was met by locals or what he called “desert people” who were very happy to see him. Earlier this week, the National Weather Service issued an Excessive Heat Watch in effect till Monday for the Victor Valley.

As for the rest of today’s route, he plans to take Mariposa Road along the northbound I-15 freeway into Victorville.

On Instagram, Bearsun shared about how he sleeps in a tent that fits his bear suit and a compact air mattress. As for showers, he says he will rely on wet wipes as showering is not a concern to him.

Jessy Larios created the character during the 2019-2020 LA Marathon when he participated by running as BearSun. Recently, he walked from LA to San Francisco and raised $17,000 for the National Alliance on Mental Illness.

To help Bearsun’s mission you can donate here: The Walk From LA to NYC for Autism

Related Topics:autismbearsunla to nyc
Up Next