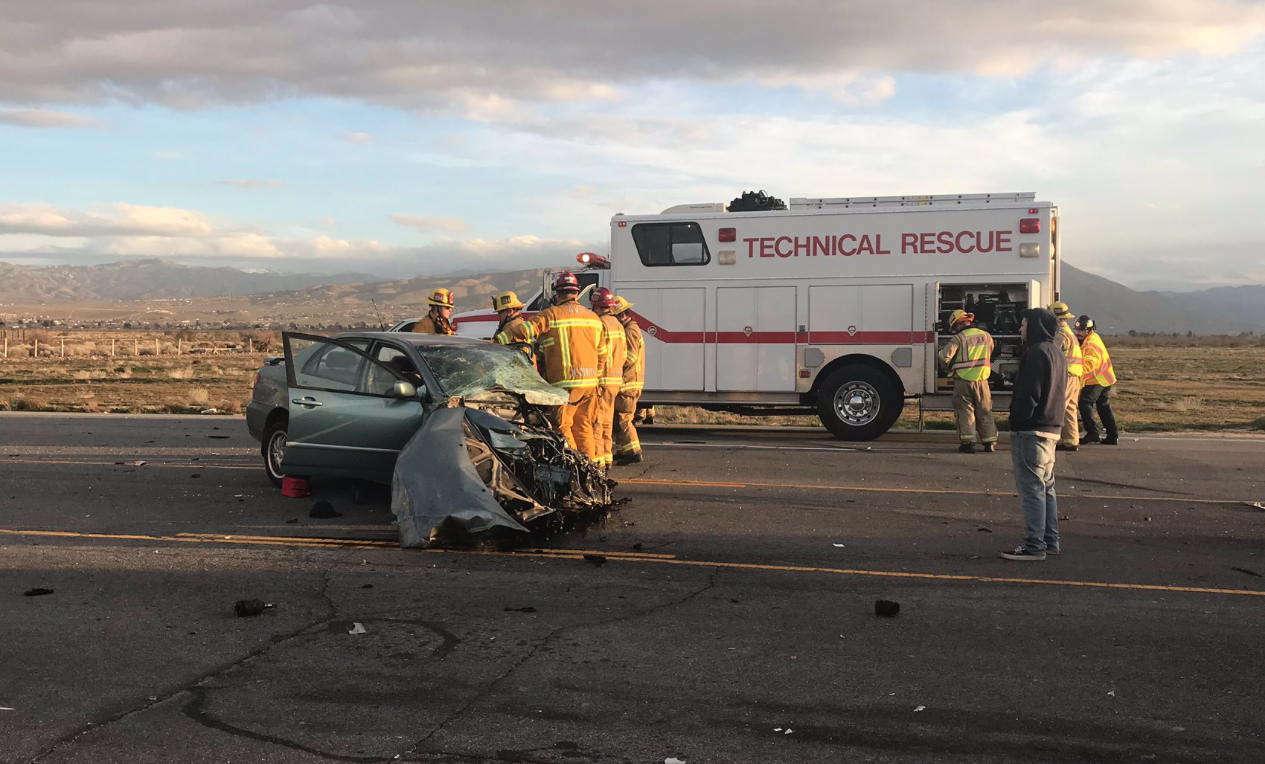 APPLE VALLEY, Calif. (VVNG.com) –Firefighters with the Apple Valley Fire Protection District are on scene of a major injury crash involving a semi and a passenger vehicle here Tuesday.

The accident happened at 5:05 pm on Bear Valley Road near Pawnee Road in Apple Valley.

At about 5:21 pm, AVFPD tweeted a photo of a four-door vehicle with major front end damage and said extrication was in progress.

The crash also caused an 18-wheeler dry bulk trailer to overturn in the roadway. A third car was damaged by flying debris.

The driver of the vehicle was trapped and required to be extricated from the vehicle by firefighters. According to a witness, the driver was a young male in his teens. A male passenger in the vehicle was suffered less critical injuries but was also transported.

Extrication on the trapped occupant was complete by 5:44 pm, AVFPD confirmed in a tweet.

Helicopters H-80 and H325 were requested to respond and land at St. Mary’s Medical Center to airlift two people.

At this time it’s unsure how many people were injured.