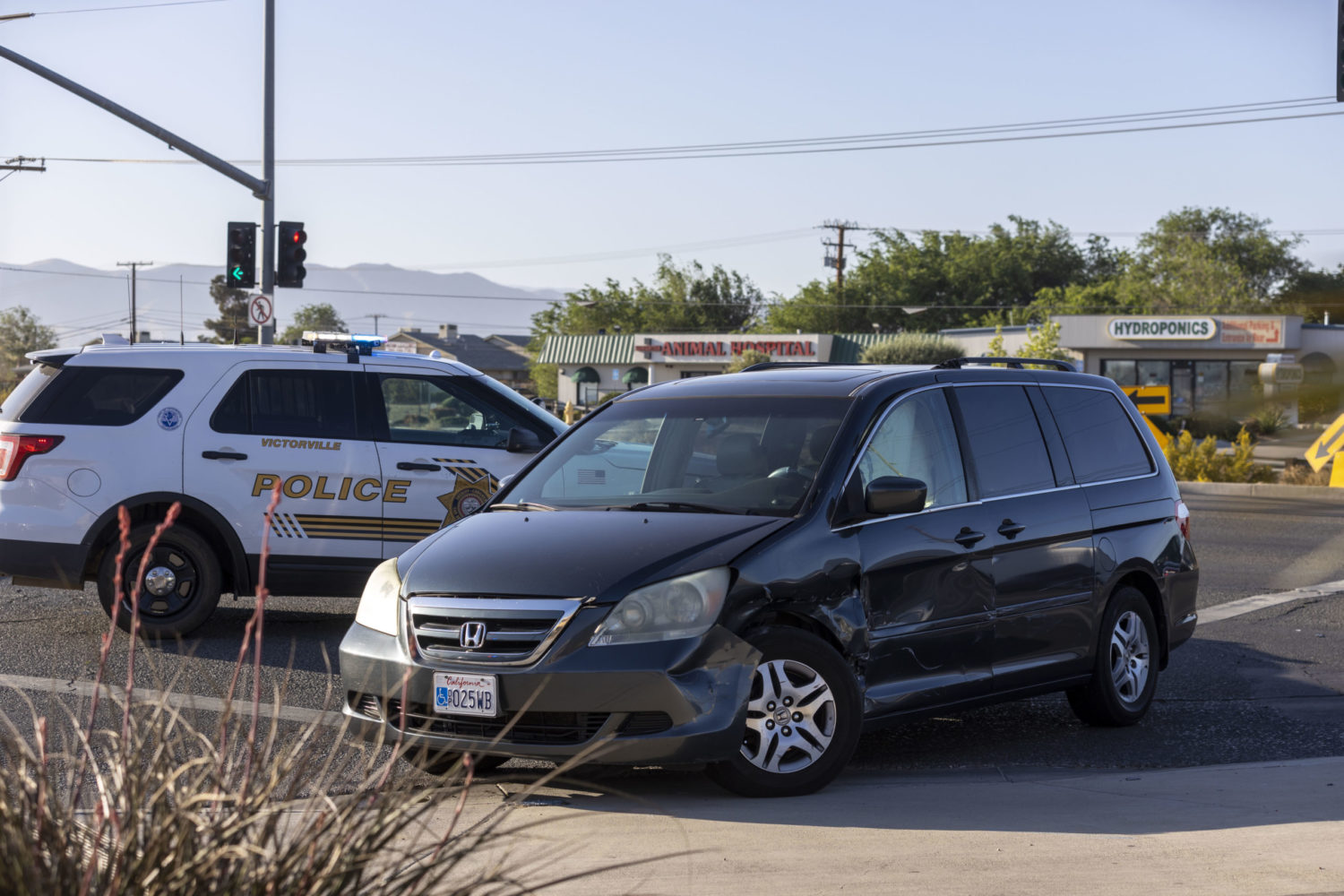 It happened at about 5:40 am, on May 7th at the intersection of Bear Valley Rd and Industrial Blvd in Victorville.

Upon arrival, deputies located a 2020 Porsche Panamera with front end damage and a 2005 Honda Odyssey with damage to the driver’s side.

CPR was being performed on the 65-year-old male driver of the van. The male was transported by ambulance to a local hospital and despite life-saving measures, he was pronounced deceased.

Deputies with the Victorville Sheriff’s Station Major Accident Investigation Team (MAIT) responded to the scene and assumed the investigation.

“Deputies learned the 65-year old male was attempting to turn east onto Bear Valley Road from Industrial Boulevard when his vehicle was struck on the driver’s side by a vehicle that was traveling west on Bear Valley Road,” stated a sheriff’s news release.

Westbound lanes of Bear Valley Road between Ridgecrest and Industrial Boulevard were closed for several hours and re-opened at 10:11 a.m.

The cause of the crash is still under investigation and anyone with information is asked to contact Deputy C. Bennington or Deputy S. Lenihan at the Victorville Sheriff’s Station at (760) 241-2911 or Sheriff’s Dispatch at (760) 956-5001.