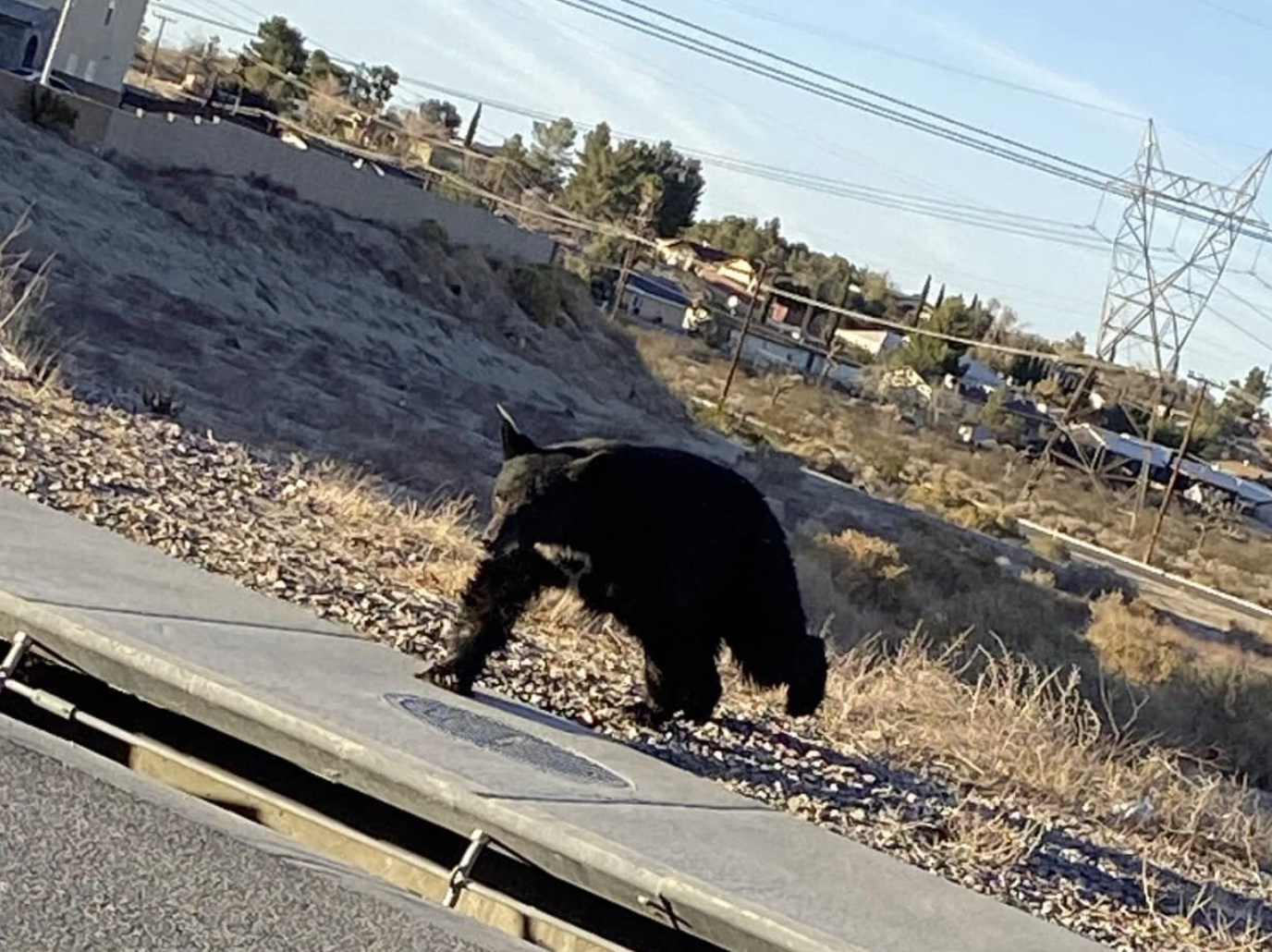 VICTORVILLE, Calif. (VVNG.com) — A black bear was struck and killed by a truck after running frantically in a residential area of Victorville.

On Wednesday afternoon, VVNG member Gregory Benson shared a photo in the Facebook group after spotting the bear running near the area of Amargosa Road and Village Drive.

Understandably, residents were not only shocked but also frightened and several of them called 911 to report a bear running loose in their neighborhood. Animal Care and Control along with deputies from the police department responded to the area.

Victorville City Spokeswoman Sue Jones told VVNG that after arriving on scene, officers reached out to California Fish and Wildlife for assistance, however, they denied response.

Jones said “officers then attempted to tranquilize the bear so it could be relocated humanely.  Sadly, the bear ran into Mojave Drive where it was struck by a car and died.”

The spokeswoman said the driver of the vehicle stopped at the scene and communicated with authorities.

Another black bear sighting was reported just one day prior in the small community of Oro Grande. Donnelle Joann Courtney shared photos with the VVNG Facebook group showing the black bear resting in her tree.

According to Donnelle they attempted calling Fish & Game for help but there was no answer. Donnelle said about three hours later the bear got down on their own and went towards the Mojave river bed.

At this time it’s unclear where exactly the bear traveled from or if it’s the same one that was killed in Victorville.

According to the San Bernardino National Forest, “Data indicates that California’s bear population has increased in recent years. Black bears are being observed in areas where they were not seen 50 years ago along the Central Coast and Transverse mountain ranges of Southern California. Between 25,000 and 30,000 black bears are now estimated to occupy 52,000 square miles in California.”