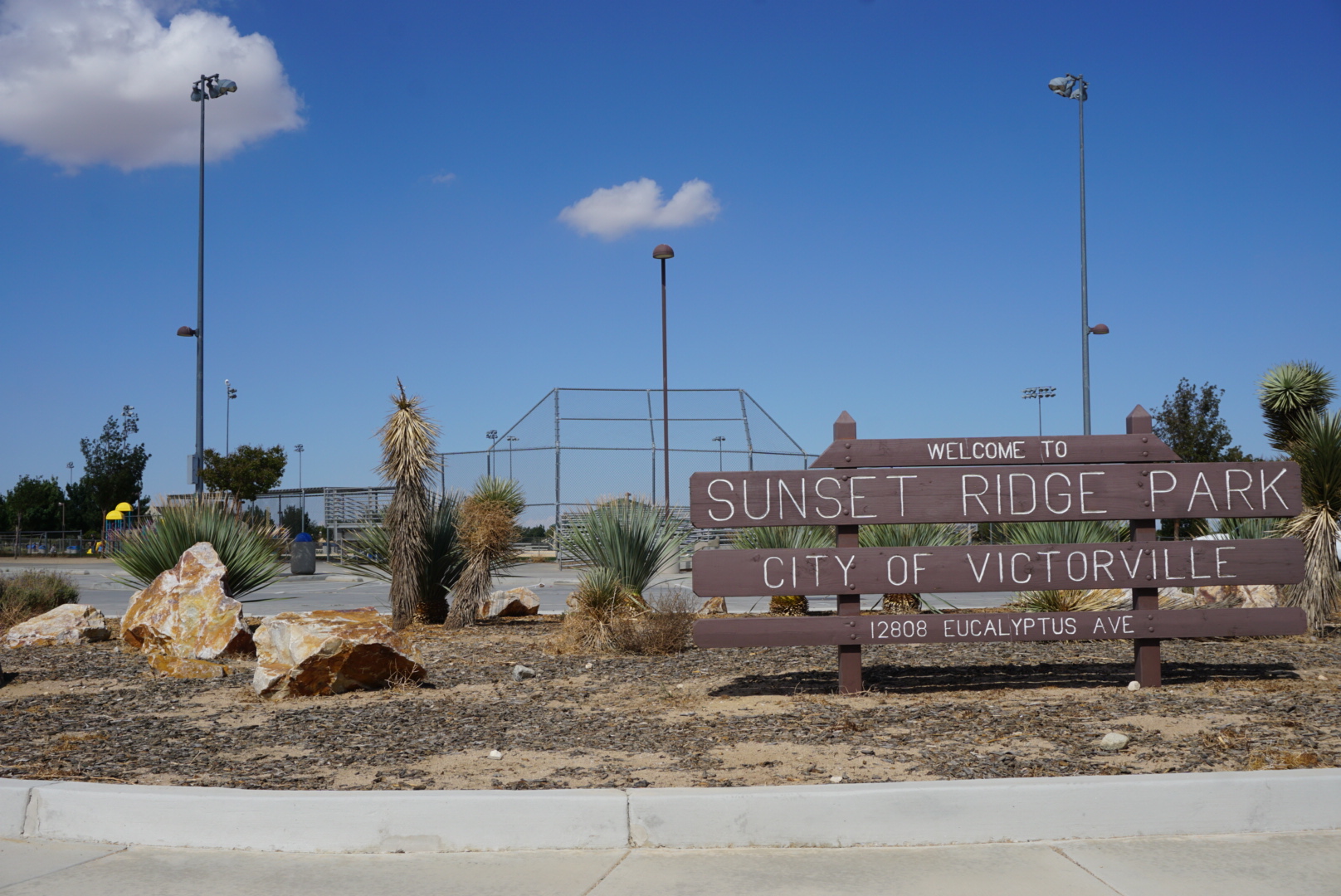 VICTORVILLE, Calif. (VVNG.com) — Children playing in for the Victorville American Little League are now borrowing equipment to play baseball after the entire box containing hundreds of dollars worth of equipment was stolen.

It happened sometime overnight between Friday and Saturday, September 29, 2018, at Sunset Ridge Park in the 12800 block of Eucalyptus Street in Victorville.

James Stocker, a member of the board told Victor Valley News the theft was discovered by a coach who arrived at the park on Saturday morning and saw the big metal box containing some of their equipment was missing.

“The box contained bases, the chalk machine, chalk, and a couple of other hand tools,” stated James.

According to James, the metal box is very heavy and was bolted down. “We filed a police report but this is the third time in three years that we have had our equipment stolen,” stated James.

James said the theft affected their game on Saturday but thankfully they were able to borrow another set of bases from another little league to play the scheduled games.

The Little League is planning a fundraiser to help raise money and re-purchase the stolen equipment valued at nearly $900.00. They are also looking at other options of storing the equipment to avoid being hit a fourth time.

Anyone with information on the theft is asked to call the Victorville Police Department at (760)241-2911.

The only thing left are the screws were the box was once bolted into. (Hugo C. Valdez, Victor Valley News)

Encore school in Hesperia takes a stand against bullying with #BlueUp