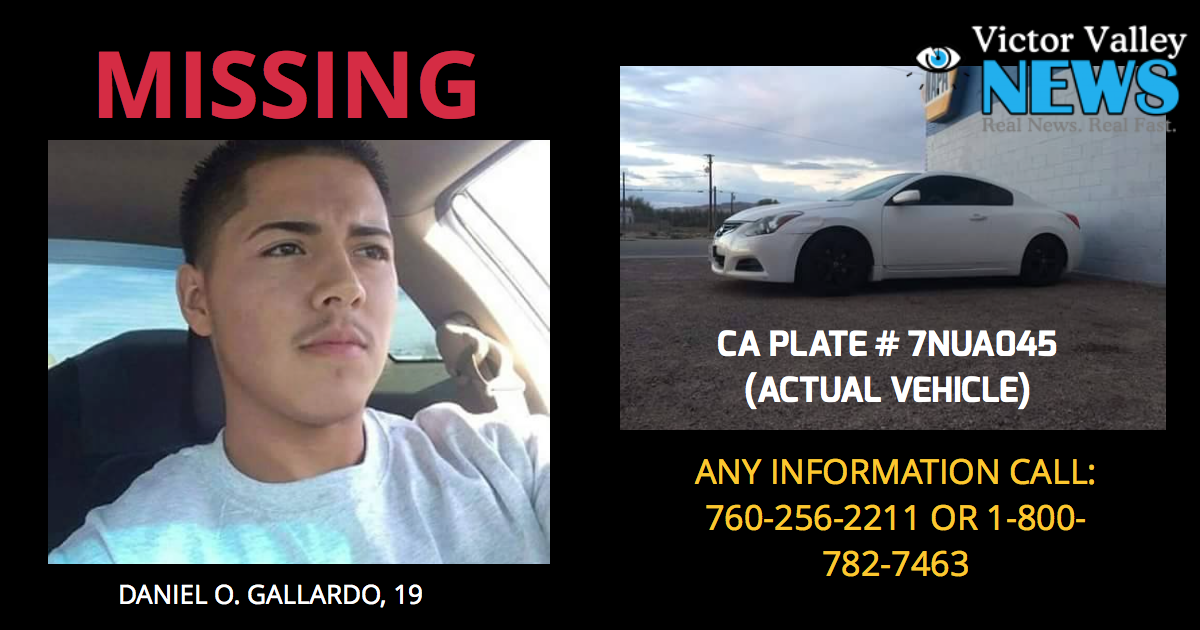 Gallardo was reported missing to the Barstow Police Department by family on Thursday, October 29, 2015.

According to the police investigation, on Monday, October 26th Daniel Gallardo drove his vehicle to Reno, Nevada and he arrived the following morning. On that same morning Daniel met with his relative in Reno and they went to a business in Truckee, Ca. where Daniel obtained employment.

Daniel was told to report to work the next day on Wednesday, October 28th and he did not show up. Daniel’s family and his relative in Reno have not been able to contact Daniel.

Anybody with information or Daniel’s whereabouts or his vehicle is urged to call the Barstow Police Department at 760-256-2211. Anyone with information and wishing to remain anonymous can call WE-TIP at 1-800-782-7463.