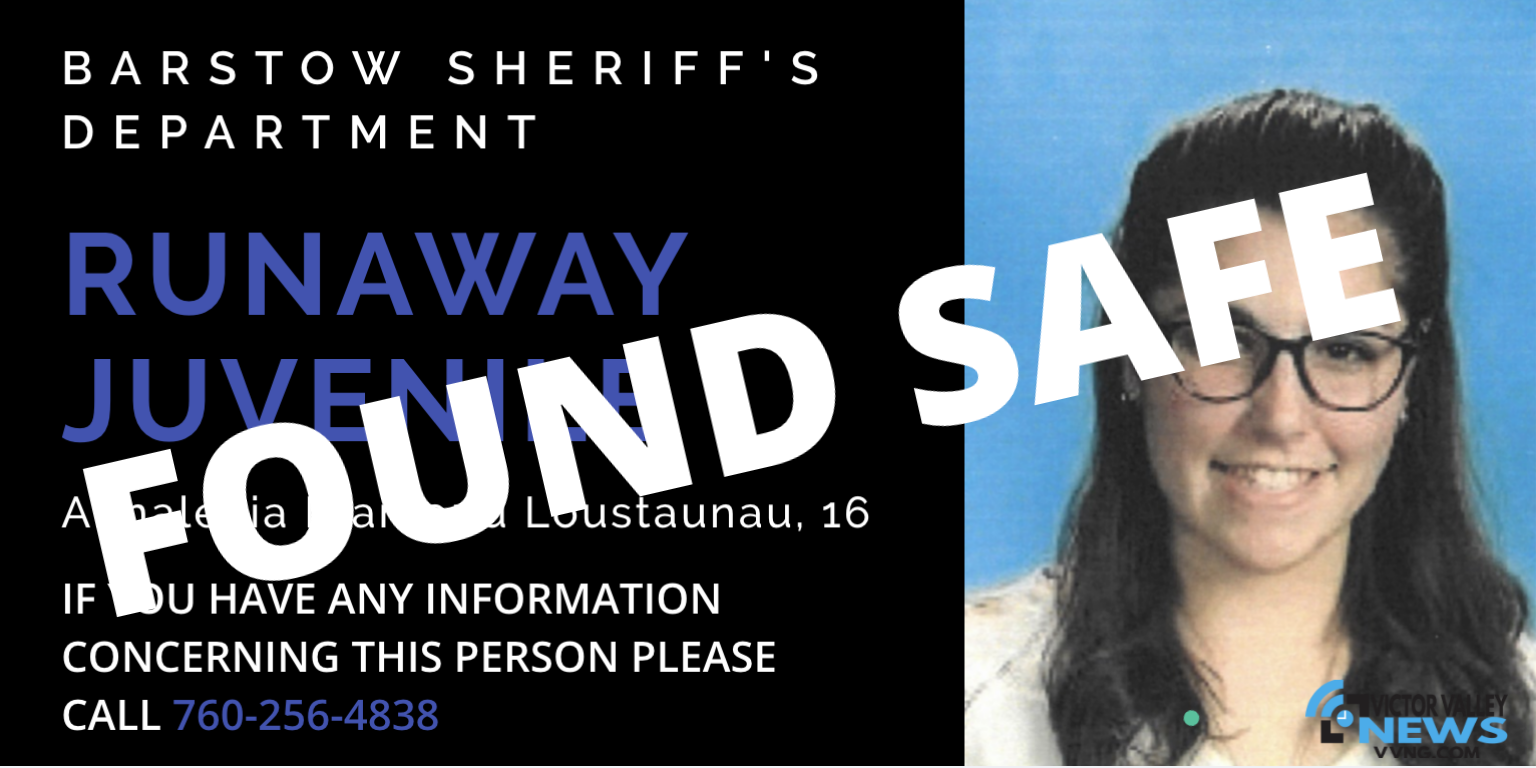 UPDATE @ 8 AM 2/23/19 – In a Friday night Facebook post, Reuben and Martha Loustaunau, parents of the runaway teen, confirmed Diamond was on her way home safe and in good health. They also thanked family and friends who put efforts into helping to find her.

Annalecia Diamond Loustaunau, or known by friends as “Diamond”, was last seen on Monday, February 11, 2019, at about 2:36 pm, when she was given a ride from Barstow High School to Hesperia by a friend, officials said.

“The vehicle driven by the friend became disabled in the area of Bear Valley Road and Peach Avenue in Hesperia,” stated a Barstow sheriff’s news release.

Authorities said Loustaunau exited the vehicle and walked away north from the location.

“Loustaunau was entered into the missing person system as a runaway juvenile later that evening and ger current location or whereabouts are unknown,” officials said.

Anyone with additional information regarding this incident is urged to contact Detective B. Grimm of the Barstow Sheriff’s Station at 760-256-4838. Callers wishing to remain anonymous are urged to call the We-Tip Hotline at 800-78-CRIME (27463).

The Barstow Police Department confirmed Samantha Hankins, 14, who was reported missing by family on February 5, 2019, was safely located on Feb, 20th with family in Adelanto.

Anyone with information to her whereabouts is asked to call the Barstow Police Department at 760-255-5180.