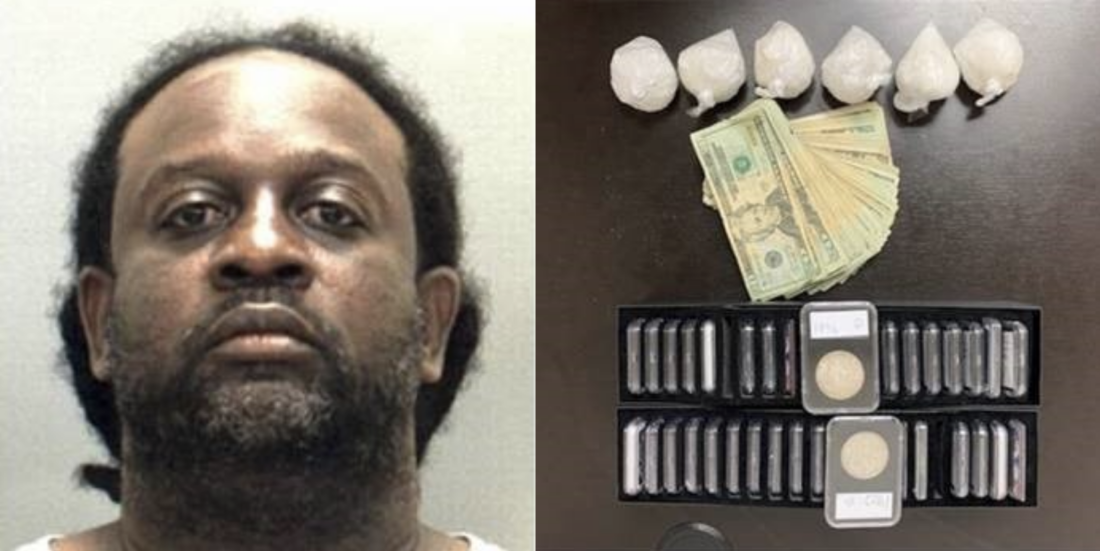 BARSTOW, Calif. (VVNG.com) — A Barstow man was was arrested during a probation compliance check that resulted in the seizure of packaged meth and rare coins stolen during a home invasion in Victorville, officials said.

During the search of his residence, detectives from the Barstow Police Department located approximately 12 ounces of methamphetamine packaged for sales and approximately $2,328.00 in cash, officials said.

The detectives also located multiple rare coins that had been stolen during a home invasion robbery that occurred in the 1100 block of Borrego Drive on July 13, 2020.

“Detectives met with the victim of the home invasion robbery and the victim positively identified the coins as their property and the coins stolen during the robbery. Detectives seized the methamphetamine, stolen property and cash as it was determined to be from the sales of illegal narcotics,” stated Barstow police.

Scott was later booked at the San Bernardino County Sheriff’s Department High Desert Detention Center in Adelanto for H&S 11378 – Possession of Methamphetamine for Sales and PC 3455 – Violation of Probation.