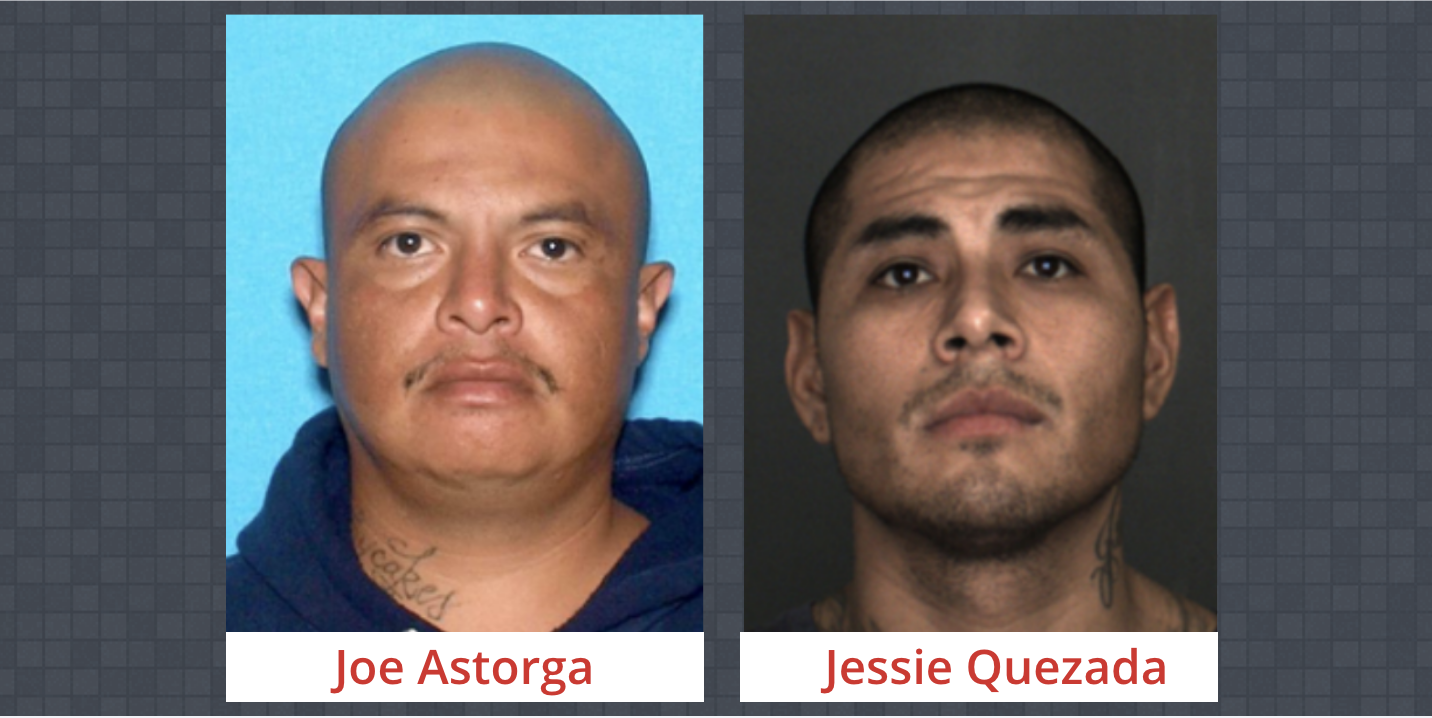 BARSTOW, Calif. (VVNG.com) — Police are searching for two men considered to be armed and dangerous wanted in connection with an attempted murder, officials said.

It happened on Tuesday, October 2, 2018, when Barstow Police officers responded to a mobile home park located on the 1500 block of West Main Street regarding a stabbing that had just occurred.

When officers arrived at the location they found a male suffering from multiple stab wounds. The victim was subsequently airlifted to Arrowhead Regional Medical Center due to the severity of his injuries.

Detectives responded to the scene and interviewed several witnesses.

“During the investigation, they learned that the victim was involved in a physical altercation with two Hispanic male adults. During the altercation, the male suspects stabbed the victim multiple times and then fled from the scene in a tan SUV type vehicle,” stated a Barstow Police news release.

Detective Nathaniel Arias was able to identify Jessie Quezada, 32 and Joe Astorga, 37, both Barstow residents as the two males who had assaulted and stabbed the victim.

Officers and detectives have searched all known locations for Quezada and Astorga but have not been able to locate them or the vehicle in which they fled. Astorga is described as being 5’5″, 170 lbs. with a tattoo of “Baby Cakes” on his neck. Quezada is 5’8″, 200 lbs., and has a tattoo of STV on his neck.

Detectives have obtained an arrest warrant for Jessie Quezada for the charge of PC 664/187 – Attempted Murder. Detectives are still completing the warrant request for Astorga.

If anyone should locate Quezada or Astorga, do not approach them as they are considered Armed and Dangerous. The public is asked to call the Barstow Police Department Dispatch Center at 760-256-2211.

Anyone with additional information regarding this investigation may contact Detective Arias at 760-255-5134. Those wishing to remain anonymous may also call the WE-Tip hotline at 1-800-78-CRIME (27463) or may leave information on the We-Tip website at www.wetip.com.