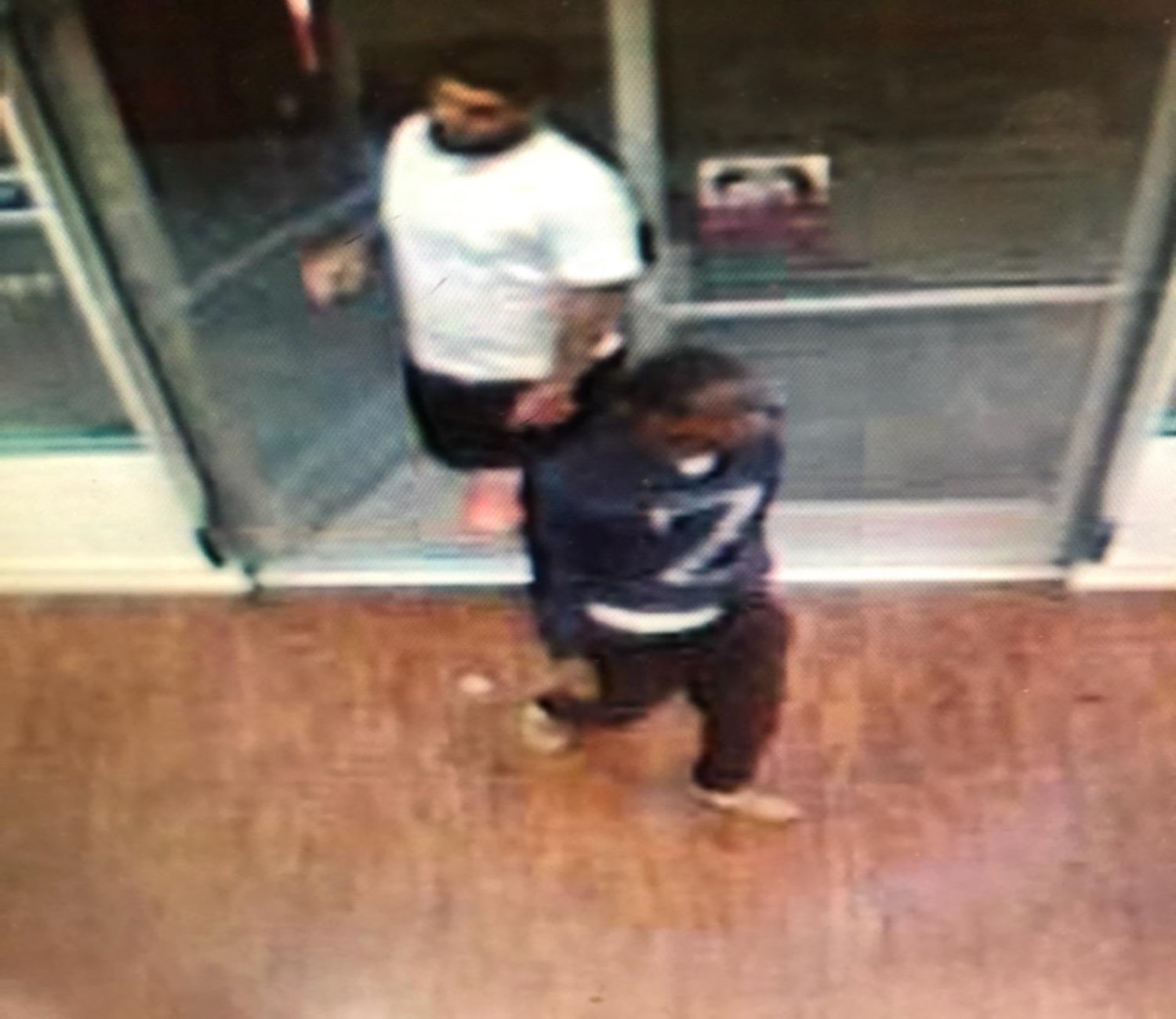 According to a news release, “the caller reported that the suspects stole approximately thirty items of clothing and fled from the store. The Tommy Hilfiger employees attempted to stand at the door to prevent the suspects from fleeing but the suspects told the employees that they would be “peppered sprayed” if they attempted to intervene.”

Officials said ss the suspects fled, a witness was able to describe the suspect’s getaway vehicle to Barstow Police Dispatchers. The suspect’s vehicle was a white Nissan Sentra with custom black rims.

Responding officers pursued the fleeing suspects and established a perimeter around the area. Corporal Ronan Colleoc located one of the occupants of the vehicle, later identified as Carlos Molina, attempting to escape from the established perimeter.

The officers conducted an in-field show-up and the witnesses positively identified Molina as one of the suspects who stole property form Tommy Hilfiger.

One suspect in this investigation is still outstanding. The suspect is a black male adult approximately 6 feet tall, with a slender build and black hair. He was wearing a navy colored sweater with a large “Z” on the front, black sweat pants and brown shoes.

Anyone with information regarding this investigation may contact Officer Montoria Franklin or the Barstow Police Department at (760) 256-2211. Those wishing to remain anonymous may also make a report by calling the WE-TIP hotline at 1-800-78-CRIME.