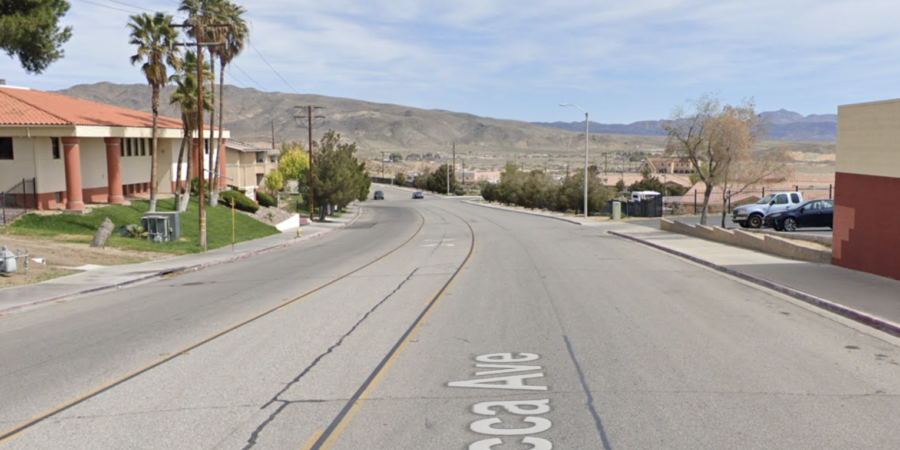 BARSTOW, Calif.(VVNG.com) — The Barstow Police Department is asking for the public’s help with information on a suspect wanted for attempted murder.

On February 17, 2020, at approximately 2:12 P.M., officers were dispatched to the 200 block of North Yucca Avenue regarding a shooting.

While responding to the scene, Barstow Community Hospital called the dispatch center and reported a male subject with several gunshot wounds had just been dropped off at the emergency room.

Officers at the hospital spoke with the victim, a 33-year-old male resident of Barstow. The victim was shot in his legs and back, officials said.

According to Barstow police, “the victim reported that he was at the apartments when a male he did not know shot him multiple times. He stated that a friend drove him to the hospital after the shooting.”

Detective Nathaniel Arias interviewed witnesses and learned that the suspect in the shooting is a light-skinned black male adult, approximately 20-25 years old, with a thin build, officials said in a news release.

Officers at the scene of the shooting canvassed located several fired cartridge casings.

Anyone with information regarding this investigation may contact Detective Nathaniel Arias at (760) 255-5134. Those wishing to remain anonymous may also provide information by calling the WE-Tip hotline at 1-800-78-CRIME (27463) or may leave information on the We-Tip website at www.wetip.com.

Burglary suspects in high-speed pursuit from Barstow to DTLA identified