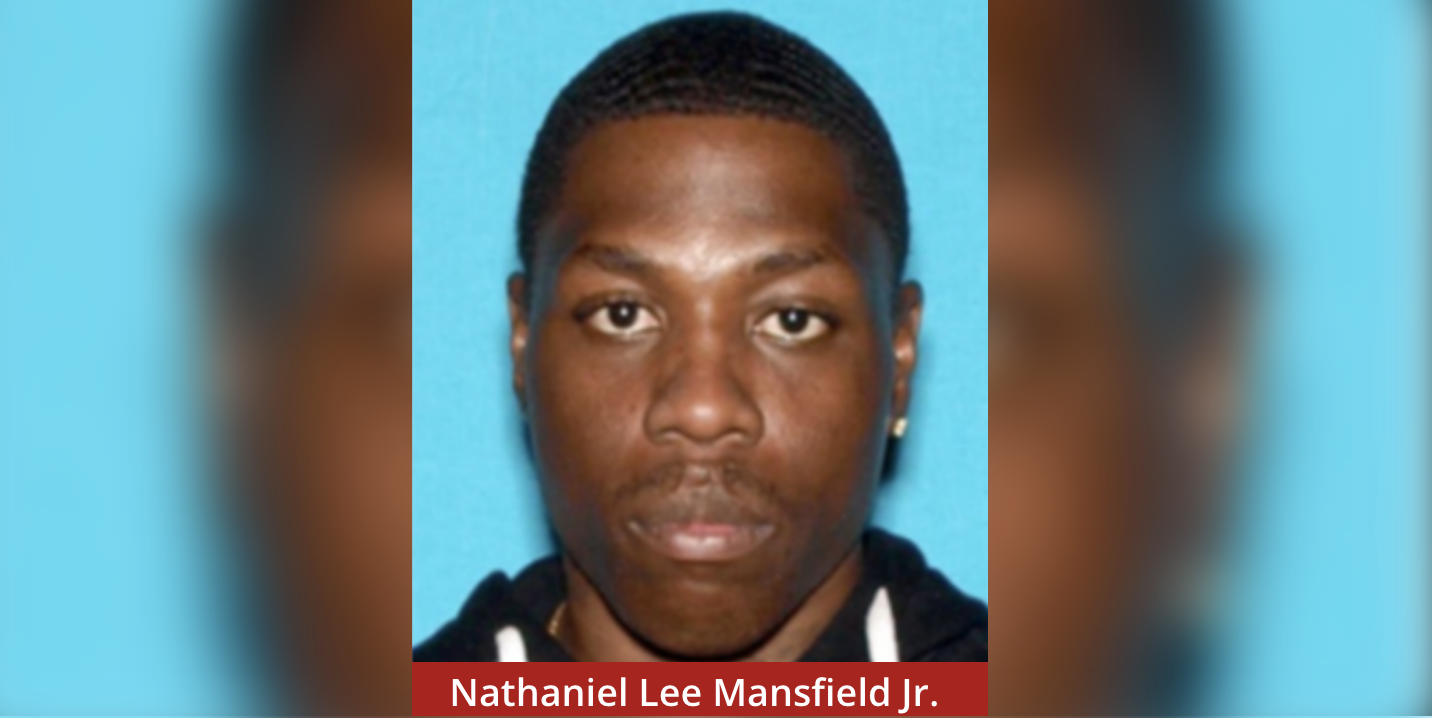 BARSTOW, Calif. (VVNG.com) — Barstow Police are searching for an armed and dangerous Apple Valley man wanted in connection with an armed robbery.

It happened on September 19, 2018, at about 2:14 pm, Barstow Officers responded to a shopping center in the 1200 block of East Main Street regarding an armed robbery that had just occurred.

When officers arrived, they talked with the victim who reported that while she was sitting in the back seat of a vehicle, a male subject opened her door, produced a handgun, and demanded her wallet and fled on foot from the location, officials said.

Using nearby surveillance footage and prior police contacts, the armed suspect was positively identified as Nathaniel Lee Mansfield Jr. 33, of Apple Valley. A second involved suspect waited a short distance away in a vehicle and was identified as Chris Harris Jr. 24, of Barstow.

During the investigation, Detectives learned that Mansfield Jr. and Harris Jr. observed the victim at Walmart as she cashed a check and placed the money in her wallet. The suspects followed the victim and eventually robbed her in the parking lot, as reported.

Officers searching the surrounding area located the getaway vehicle, which belonged to Harris Jr., unoccupied on the 700 block of Dolph Court. 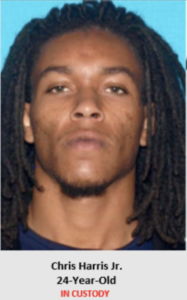 Barstow Police Detectives seized the vehicle for evidence and was later stored at a local tow yard.

Officers booked Harris Jr. at the San Bernardino County Sheriff’s Department Barstow Jail for PC 211 – Robbery and for an outstanding misdemeanor warrant for VC 14601 –Drive with a Suspended License.

Mansfield Jr. and the firearm used in the robbery have not been located. Anyone who might locate Mansfield Jr. should contact police immediately. Mansfield Jr. is considered armed and dangerous and should not be approached.

Anyone with additional information regarding this investigation or the whereabouts of Mansfield Jr. may contact Detective Thomas Lewis at the Barstow Police Department (760) 256-2211 or (760) 255-5132. People with information who wish to remain anonymous can contact We-Tip at 1-800-78-CRIME (27469) or may leave information on the We-Tip website at www.wetip.com.

BREAKING: Southbound I-15 freeway closed due to fire in Cajon Pass