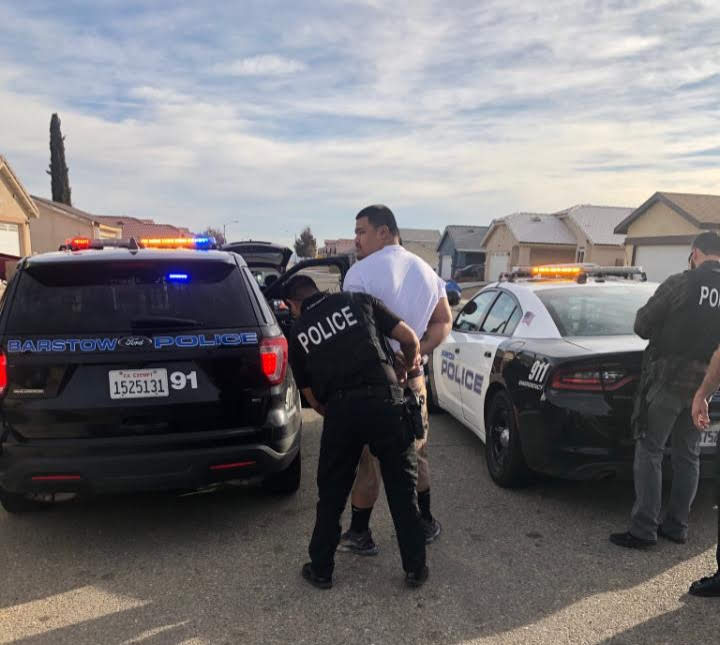 It happened on Thursday, December 12, 2019, at about 8:00 am when detectives with Barstow PD and Agents from the Federal Bureau of Investigation (FBI) conducted surveillance in the area of the 2100 block of Sierra Linda Drive

“Detective Mathew Helms worked with Agents from the FBI and learned that Lopu has been a fugitive since 2016 and that the agents recently tracked Lopu to the City of Barstow. Detective Helms learned that Lopu had multiple state and federal felony warrants for his arrest,” stated a sheriff’s news release.

Within about an hour, detectives observed Lopu driving a vehicle in the area of Sierra Linda and Rimrock Road.

According to a news release, the detectives followed the vehicle until a patrol unit was able to conduct a traffic stop on the vehicle in the 2100 block of Sierra Linda Drive along with detectives and federal agents.

Lopu was arrested without incident and booked on the following warrants:

PC 246.3 Discharge of a firearm with gross negligence

Talalelei Iopu was turned over to the the FBI Agents for booking.