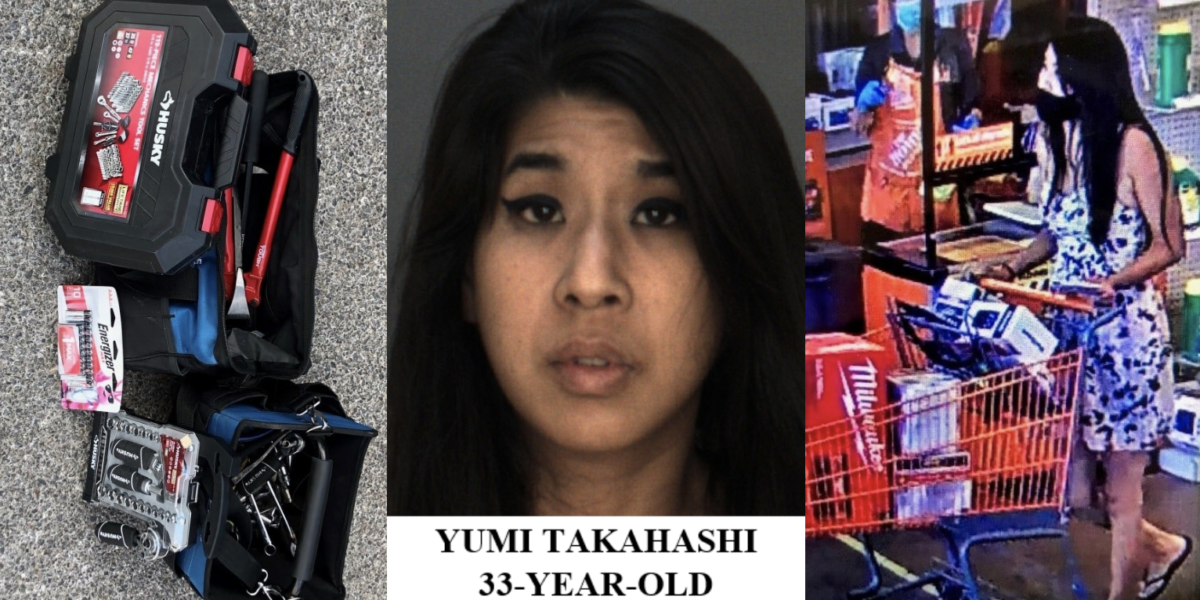 BARSTOW, Calif. (VVNG.com) — Barstow Police arrested a 33-year-old woman who packed a shopping cart of merchandise inside of a Home Depot and left without paying.

On August 12, 2020 at approximately 1:57 p.m., Officer Jose Sanchez was dispatched to Home Depot located in the 1000 block of Avenue L, regarding a female subject who had just stole several items from the store.

The caller reported that the female got into a silver Dodge crossover and fled from the area. Officials said the employees were able to obtain the suspect’s vehicle license plate number.

Officer Sanchez arrived and searched for the suspect’s vehicle but was unable to locate it.

According to a news release, “during his investigation, he learned that the female suspect filled a basket full of tools, tool sets, tool bags, and power tools. She then fled from the store without paying for the items. Officer Sanchez was able to obtain video surveillance of the suspect and some of the stolen items. Officer Sanchez then attempted to identify the female suspect and her vehicle.”

At approximately 4:30 p.m., Officer Sanchez found the suspect’s vehicle at the apartment complex located at 755 East Virginia Way. He was able to locate the suspect in one of the apartments and take her into custody without incident. She was identified as Yumi Takahashi, a 33 year-old resident of Barstow. A search of her vehicle revealed several of the items of stolen property however; some items are still outstanding.

Anyone with information regarding this investigation may contact Officer Sanchez at 760-256-2211. Those wishing to remain anonymous may also provide information by calling the WE-TIP hotline at 1-800-78-CRIME.